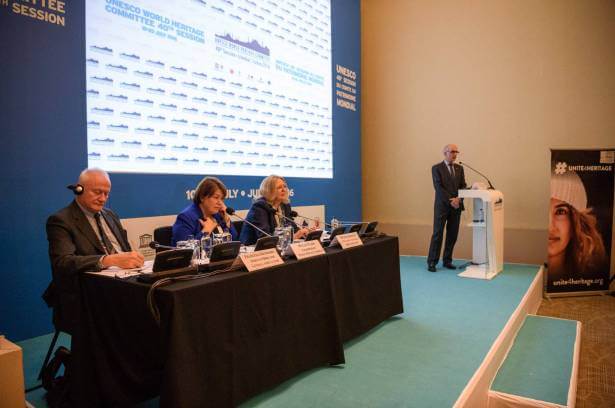 The sites named by UNESCO include the Old City of Ghadames, often referred to as “the pearl of the desert” and the archaeological site of Cyrene, one of the principal cities in the Hellenic world.

The rock-art sites of Tadrart Acacus on the border with Algeria that feature thousands of cave paintings dating back as far back as 12,000 BC to 100 AD are also listed.

The other two are the coastal archaeological sites of Leptis Magna and Sabratha, a Mediterranean trading post that was once part of the brief Numidian Kingdom of Massinissa before it was taken over the by Romans.

“The committee noted the high level of instability affecting the country and the fact that armed groups are present on these sites or in their immediate surroundings,” UNESCO said at the 40th meeting of its World Heritage Committee in Istanbul.

“It invoked the damage already incurred and the serious threat of further damage to explain the decision,” it said in a statement.