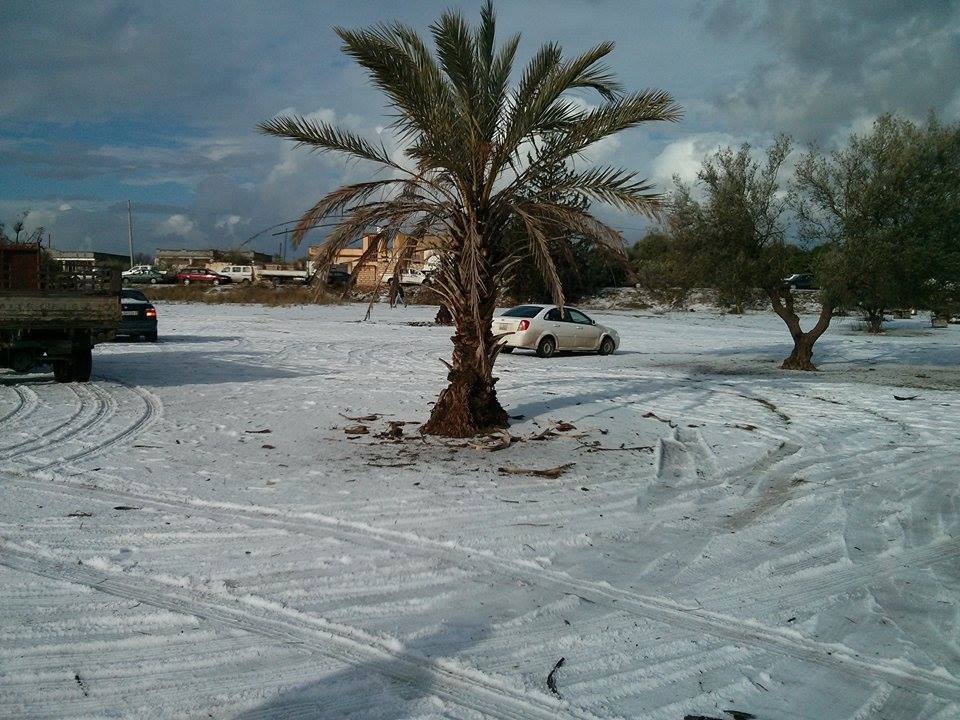 With the advent of freezing wave of cold in Libya, the citizens of the country are suffering currently from a new type of crisis, which is the struggle to keep themselves and their children warm.

The General Electricity Company of Libya (GECOL) has declared that all of the country’s cities and districts will see power cuts that range between 6 and 12 hours a day due to damages and monthly maintenance works at certain gas turbine units in the power plants that feed Tripoli and other western, southern and eastern cities.

Sources from the media reported on Friday that a family of nine was killed suffocating by breathing in carbon monoxide gas after using coal to keep warm in their closed house.

Many Libyans have fallen back upon fireplaces using coals and woods in order to keep warm in the current freezing winter as power is being cut for about 10-12 hours per day in most cities and districts in Libya.

On Sunday, Gharyan Hospital received 8 emergency suffocating cases as those persons were using coals in the fireplace at their homes to keep warm, which led to too munch inhaling of carbon monoxide gas and then causing them to suffocate.

“Those people had to use coal as the power in the city is being cut for more than 10 hours a day.” The Head of the Media Bureau of the hospital Adel Al-Azraq said.

He added that Gharyan Hospital received on Saturday 210 children with Acute Bronchitis including 7 serious cases due to the low temperature in the city.

Libyans, therefore, are still at the mercy of the three governments which are vying for power forgetting all about their obligation to find solutions to the crises that the people in Libya are suffering day in and day out.

For: Libyans dying trying to keep warm in freezing winter