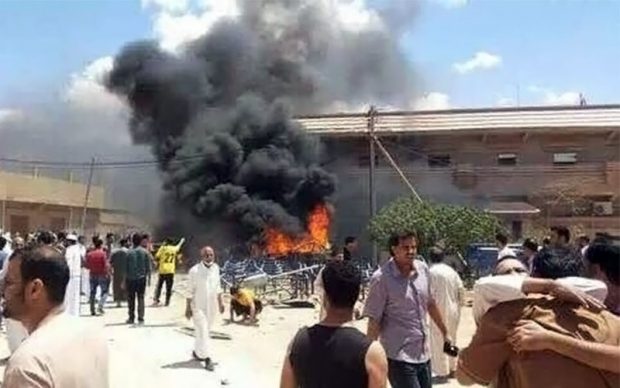 Libyan officials and activists from the House of Representatives, the High Council of State, former ministers, party leaders, professionals, journalists and representatives
of civil society have issued a statement condemning in the strongest possible terms the blatant Egyptian intervention and barbaric attacks on Libyan territory.

“We call for the Egyptian public and Egyptian opinion leaders to stand by the Libyan people in demanding an immediate halt to this brutal aggression, to respect the rights of
neighboring states and the brotherly relations between the Libyan and Egyptian people as well as to end the suffering of Libyans.” The statement reads.

The signatories of the statement also firmly called on the Presidential Council to assume its national and historical responsibility and to take a clear position on these repeated and unjustified violations and assaults by demanding that Egypt halt its brutal offensive on Libyan territory.

They also further demanded that the Presidential Council swiftly move to submit an urgent complaint to the Security Council against these brutal violations on a sovereign member stateof the United Nations.

“We call on neighboring and friendly countries to take a historic position in condemning these repeated attacks and demand the Egyptian government stop its aggression on the Libyan people and its territory.” The signatories indicated.

The statement also affirmed that the single entity responsible to fight terrorism is the Presidential Council, the Supreme Commander of the Libyan Army, which is the recognized government by the Arab states, regionally and internationally.

“The Presidential Council is the only entity authorized to classify terrorism and determine any terrorist presence on Libyan soil, as stated in the Libyan Political Agreement and in the Security Council Resolution No.: 2259.” The statement concludes.

The signatories also created a campaign online under the slogan “Stop the Attack” to help deter Egypt from carrying out more attacks on Libyan territory.