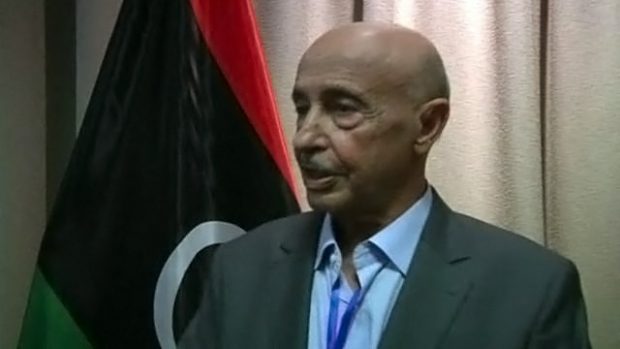 Authorities in eastern Libya will allow revenues from rising oil production to be paid into the central bank in Tripoli even though they do not recognize the bank’s governor there, the head of Libya’s eastern parliament told Reuters in an interview.

The pledge is a sign authorities in the east, who have resisted a U.N.-backed unity government in Tripoli, may not try to take direct control of oil resources and revenues, at least for now. They have previously failed in attempts to export oil independently.

Agila Saleh, president of the east’s House of Representatives (HOR), said production should be managed by a unified National Oil Corporation (NOC) and revenues distributed fairly across Libya.

“The revenues of oil will be deposited in the central bank of Libya and will be for all Libyans according to geographic distribution and density of population,” Saleh said. “All Libyans benefit from this wealth.”

For: Libya’s HoR Speaker says oil revenue will go back to Tripoli-based CBL