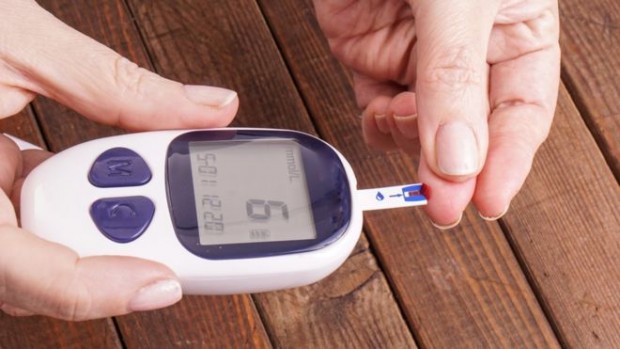 The world is facing an “unrelenting march” of diabetes which now affects nearly one in 11 adults, the World Health Organization (WHO) says.

High blood sugar levels are a major killer – linked to 3.7 million deaths around the world each year, it says.

And officials said the numbers would continue to increase unless “drastic action” was taken.

The report lumps both type 1 and type 2 diabetes together, but the surge in cases is predominantly down to type 2 – the form closely linked to poor lifestyle.

As the world’s waistlines have ballooned – with one-in-three people now overweight, so too has the number of diabetes cases.

Dr Etienne Krug, the WHO official in charge of leading efforts against diabetes, told the BBC: “Diabetes is a silent disease, but it is on an unrelenting march that we need to stop.

“We can stop it, we know what needs to be done, but we cannot let it evolve like it does because it has a huge impact on people’s health, on families and on society.”

Failing to control levels of sugar in the blood has devastating health consequences.

It triples the risk of a heart attack and leaves people 20 times more likely to have a leg amputated, as well as increasing the risk of stroke, kidney failure, blindness and complications in pregnancy.

Diabetes itself is the eighth biggest killer in the world, accounting for 1.5 million deaths each year.

But a further 2.2 million deaths are linked to high blood sugar levels. And 43% of the deaths were before the age of 70.

In the 1980s the highest rates were found in affluent countries.

But, in a remarkable transformation, it is now low and middle income countries bearing the largest burden.

Dr Krug told the BBC News website: “That’s where we see the steepest increase. Knowing that’s where most of the population lives in the world, it does show numbers will continue to increase unless drastic action is taken.”

Dr Slim Slama, a WHO specialist in region, told the BBC News website: “We are the region that has experienced the greatest rise in diabetes, moving from 6 million to 43 million – it is a huge, huge increase.

“In Qatar or Kuwait we have more than 20% of the population with diabetes and when you look at subgroups – people beyond 45 or 60 years old – it’s 30-40% and things are even more worrying.”

He said growing and ageing populations were behind part of the rise, but diet and inactivity were a major problem.

More than three quarters of teenagers in the region are doing less than the recommended level of exercise, he said.

The view from Turkey

Turkey is the country with the highest figure for growth of diabetes in Europe, according to Turkish Diabetes Foundation (TDF).

Now, it is estimated that 15% of adult Turks are suffering from diabetes.

Prof Mehmet Temel Yilmaz, from TDF, says there is little awareness towards diabetes in Turkey – only one-in-five people know what diabetes is and what its causes are.

“We don’t regularly exercise. We adapt to new technologies much faster than others, which make us move even less.

“And especially in the southeast of the country, we have a traditional culture of fast food – like doner kebabs,” he says as to why an increasing number of Turkish people are getting diabetic.

There is also another factor dominant in Turkish people’s lives that does not help diabetes either – stress.

Turks, it feels, need to adopt a new approach to increase their quality of life. Eating healthy food, exercising more and keeping a quiet mind seem to be the recipe.

The WHO report said the solution required the whole of society to act.

“The ‘easy’ solution is for all of us to exercise, eat healthily and not gain excess weight – of course it’s not so easy,” said Dr Krug.

He called for governments to regulate the fat and sugar content of foods to ensure there were healthy options available to people.

Better urban planning that enabled people to cycle and walk was also essential as was encouraging breastfeeding, he added.

And he also called on the food industry to act responsibly to ensure it reduced the fat and sugar content of foods, and to cease marketing unhealthy foods to young people.

It is only by keeping blood sugar levels in check that the deadly complications of the disease can be contained.

But the report showed that two thirds of low income countries were not able to provide blood sugar monitors or drugs such as insulin or metformin for most people.

Dr Krug concluded: “Two things really worry me when I read this report.

“One is that one-in-11 people today have diabetes. And the other is the lack of fairness. Today in most low income countries, people who have diabetes and need access to medicine and technology to manage it don’t have access to it.”