MSF: MoU between Libya and Italy perilous to migrants 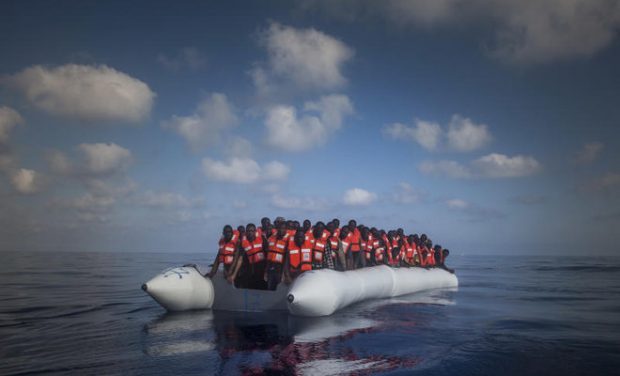 An agreement between Italy and Libya to fight people-smuggling in the north African nation will lead to migrants being returned to camps where they are held against their will, extorted and abused, Doctors without Borders (MSF) said on Monday, Reuters reported.

Italy signed a memorandum of understanding with the U.N.-backed Libyan government in Tripoli – which was endorsed by the European Union – in February that promised training, equipment and money to fight human traffickers, according to Reuters.

However, Arjan Hehenkamp, general director of MSF and head of the group’s Libya mission, said, as cited by Reuters, the idea that migrants can be housed in a humane way on Libyan soil “is simply impossible”.

“It’s a dangerous fiction to think otherwise,” Hehenkamp told reporters in Rome after flying in from Libya.

He added that anyone who thinks Libya is a safe port for migrants “is purposely living between alternative facts and la la land… It’s simply impossible right now to think that Libya can be considered part of the solution.”

He described seven of the camps in and around Tripoli as detention centers controlled by militias that are rife with violence and abuse, Reuters indicated.

Interior Minister Marco Minniti has said that human rights must be respected and that new camps should be opened with the help of U.N. agencies, but so far this has not happened, added Reuters.

The EU has so far trained about 90 people to work in the Libyan Coast Guard and Italy has promised to give them 10 patrol boats, the first of which are to be delivered by mid-May, added Reuters.

For: MSF: MoU between Libya and Italy perilous to migrants