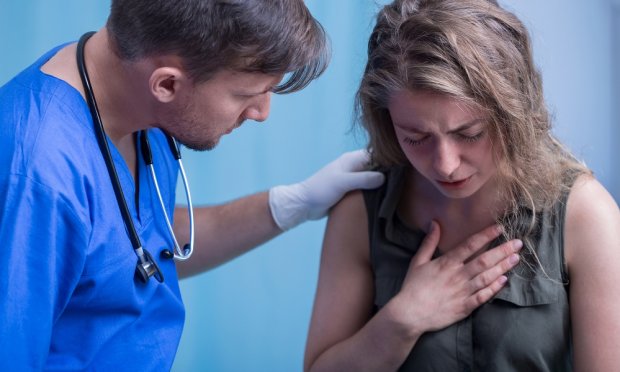 An experimental pill could help adults with severe asthma, an early study in the Lancet Respiratory Medicine journal suggests.

In the small trial, patients who were given the drug, known as Fevipiprant, had less inflammation in their airways. And some patients with uncontrolled asthma felt their symptoms improved.

Charity Asthma UK said the research showed “massive promise and should be greeted with cautious optimism”. More than five million people in the UK have asthma, a long-term condition that affects the airways in the lungs and can cause a cough, wheezing and breathlessness.

For most people the right treatment – for example, inhalers – can help control it, but some people have more persistent symptoms.

And flare-ups can be life-threatening. According to Asthma UK, 1,216 people died from asthma in 2014. In this study, scientists at the University of Leicester looked at 60 patients who had severe asthma despite using steroid inhalers and being seen regularly by specialists.

Half the group were given the Fevipiprant pill for three months on top of their usual medications and the other half continued to take their normal medication as well as a placebo pill.

Researchers found that while patients took Fevipiprant, they had fewer inflammatory blood cells in their phlegm and airways – which can be key signs of asthma.

Gaye Stokes, who has had severe asthma for 16 years, said: “I knew straight away that I had been given the drug.

“I felt like a completely different person. I had more get up and go, I was less wheezy and for the first time in years, I felt really, really well.”

The 54-year-old added that once she stopped taking the drug her asthma deteriorated again. But researchers say this is still an early proof-of-concept study and larger, long-term trials will be needed to see if the pill can help patients in everyday life.

Meanwhile, Dr Samantha Walker at Asthma UK said: “This research shows massive promise and should be greeted with cautious optimism.

“The possibility of taking a pill instead of using an inhaler will be a very welcome one, particularly as this study focused on people who develop the condition in later life, some of whom we know can struggle with the dexterity required to use an inhaler.

“More research is needed and we’re a long way off seeing a pill for asthma being made available over the pharmacy counter, but it’s an exciting development.”

“The data strongly support further studies to see whether Fevipiprant may also reduce the frequency of asthma attacks, avoid steroid tablet side effects and reduce NHS costs in the management of these severely ill patients.”