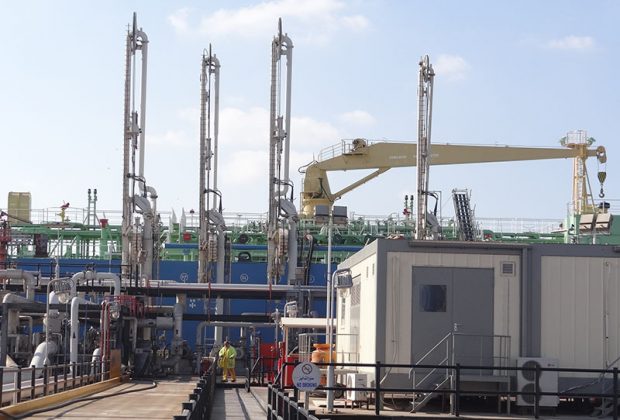 Libya is working to get crude oil flowing out of two shuttered terminals. Libya’s oil guards will work with the National Oil Corporation (NOC), the recent supporter of unity government, to reopen the Ras Lanuf and Es Sider terminals that have been shut down since 2014.

A spokesperson for Ibrahim Jodran’s Oil Facilities Guard forces made the announcement Thursday, according to Reuters. No timetable was given for when the terminals would be reopened. The oil guards, or oil brigade, controls the two terminals.

Attacks by militants have kept Libya’s oil production at around 350,000 barrels per day, less than a quarter of what the country produced before Muammar Gaddafi was removed from power in 2001. With the terminals in production, 600,000 more barrels could be added per day to the country’s export supplies.

Oil Facilities Guard Spokesperson Ali Al-Hassi stated: “”The commander of Oil Facilities Guards has announced that oil will be pumped soon and oilfields of the oil crescent will be also prepared to resume work. Jodran said that we, the OFG of central region, will work with the NOC that belongs to the Presidential Council of the Government of National Accord.”

The announcement from the OFG comes after the NOC said that it would merge with a company set up by a competing government in the eastern part of the country. That move is considered by some to be a step in the right direction to stabilizing the situation. However, the task may be easier said than done. Issues such as political rivalries, more attacks and the damage done by long-term closure of the terminals could hamper the re-start efforts, analysts said on Thursday.