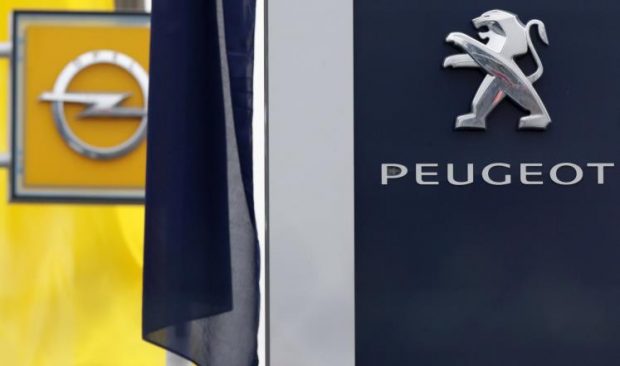 General Motors Co. on Monday said it had agreed to sell its European operations, taking a charge of at least $4 billion, as the U.S.’s biggest auto maker withdraws from a region where it hasn’t made money for almost two decades.

Peugeot SA will pay EUR1.32 billion ($1.4 billion) for GM’s Opel and Vauxhall brands, the companies said Monday, consisting of EUR650 million in cash and the rest in Peugeot share warrants. GM’s financial operations in Europe will be jointly acquired by Peugeot and BNP Paribas SA for about EUR900 million.

But GM will be liable for much of Opel’s pensions obligations, estimated at as much as $10 billion by analysts, which had been a major sticking point during negotiations.

GM said it would take an accounting charge of $4 billion to $4.5 billion in connection with the transaction. Still, the U.S. auto maker said the deal would free up about $2 billion in cash, which it plans to use for share buybacks.

As part of the deal, GM will also get warrants to buy 4.2% of Peugeot’s capital. GM won’t get voting rights with these shares and has agreed to sell any Peugeot stock it receives within 35 days of receipt. These options can be exercised starting five years after the issue date, so GM won’t immediately become a shareholder in the French company.

The deal, which is expected to close before the end of 2017, will increase Peugeot’s share of the European car market to 16%, putting it ahead of French rival Renault SA but behind Volkswagen AG’s 24%.

Peugeot’s purchase of Opel is the second major auto industry deal in less than a year–following Nissan Motor Co.’s acquisition of a controlling stake in Mitsubishi Motors Corp. last year–and it could lead to additional consolidation in what is still a relatively fragmented industry. Ten car makers sold more than 500,000 vehicles in Europe last year.

Opel’s sale leaves GM with nearly no presence in the world’s third-largest vehicle market, which was the industry’s birthplace and a focal point for automotive design.

The views expressed in Op-Ed pieces are those of the author and do not purport to reflect the opinions or views of Libyan Express.
How to submit an Op-Ed: Libyan Express accepts opinion articles on a wide range of topics. Submissions may be sent to oped@libyanexpress.com. Please include ‘Op-Ed’ in the subject line.
OpelPeugeot
Share
Submit a Correction
Sign up for our Newsletter.