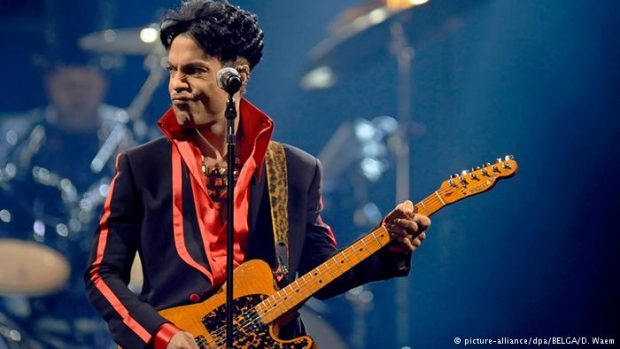 Seven-time Grammy winner Prince, who was known for megahits like “When Doves Cry” and “Purple Rain,” has died at the age of 57.

Prince was found dead in his Paisley Park estate in Chanhassen, Minn. on Thursday.

The singer’s publicist confirmed his death to Fox News. No details of his death were released.

“It is with profound sadness that I am confirming that the legendary, iconic performer, Prince Rogers Nelson, has died at his Paisley Park residence this morning at the age of 57,” his rep wrote in a statement.

Jason Kamerud, Carver County chief sheriff’s deputy, tells the Minneapolis Star Tribune that the investigation into his death began at 9:43 a.m. on Thursday.

Prince had been rushed to a hospital last Friday morning in Illinois and was released several hours later. His rep told TMZ he had been battling the flu for several weeks.

Prince was born in Minneapolis, and broke through in the late 1970s with the hits “Wanna Be Your Lover” and soared over the following decade with the albums as “1999” and “Purple Rain.”

The title song from “1999” includes one of the most widely quoted refrains of popular culture: “Tonight I’m gonna party like it’s 1999.”

The singer, songwriter, arranger and instrumentalist was widely acclaimed as one of the most inventive musicians of his era, drawing upon influences ranging from James Brown to the Beatles to Jimi Hendrix.

In his lifetime, he sold more than 100 million records worldwide, making him one of the best-selling artists of all time.

Prince was fiercely protective of his independence, battling his record company over control of his material and even his name. Prince once wrote “slave” on his face in protest of not owning his work and famously battled and then departed his label, Warner Bros., before returning a few years ago.

“What’s happening now is the position that I’ve always wanted to be in,” Prince told The Associated Press in 2014. “I was just trying to get here.”

In 1993 Prince memorably changed his name to a symbol and became widely known as the artist formerly known as Prince. When he was inducted into the Rock and Roll of Fame in 2004, he was hailed as a musical and social trailblazer.

“He rewrote the rulebook, forging a synthesis of black funk and white rock that served as a blueprint for cutting-edge music in the Eighties,” reads the Hall’s dedication. “Prince made dance music that rocked and rock music that had a bristling, funky backbone. From the beginning, Prince and his music were androgynous, sly, sexy and provocative.”