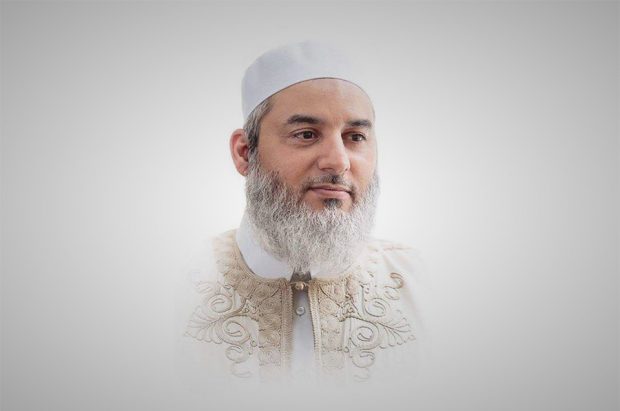 The Presidential Council condemned on Thursday the abduction of the Fatwa House member Nadir Omrani, who was kidnapped while he was going to pray in a mosque nearby his house in Al-Hadba Al-Khadraa district.

The Presidential Council said in a statement that the reoccurrence of abductions and forced disappearances will definitely keep the country jeopardized to hardly ever retain its stability and security.

“We have ordered the state interior ministry personnel as well as the relevant security units to fight the abduction phenomenon and to hit with an iron fist all those who are conducting such criminality and bring them to justice.” The statement reads.

On Thursday dawn, unknown armed men kidnapped the member of Fatwa House and Islamic Research and Studies Center, Nadir Omrani, when he was coming out of Fawateer mosque in Fajir (dawn) prayer in Al-Hadba Al-Khadra district.

Sources said Omrani was kidnapped by armed men who were driving two cars (Toyota and Nissan). 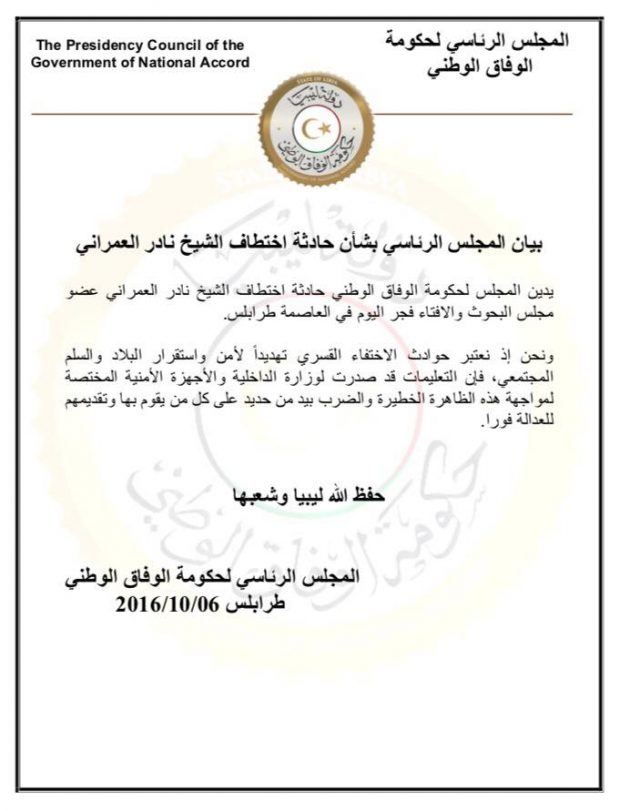