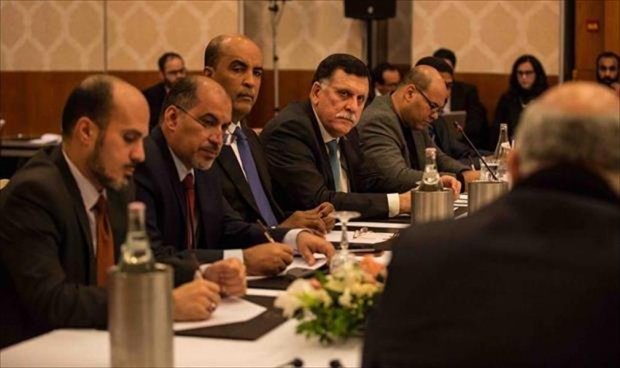 A meeting between the Presidential Council of the UN-backed Government of National Accord and 50 members from the Tobruk-based House of Representatives on Saturday in Tripoli, where they discussed many issues including the security preparations, confirmed Ismaeal Al-Shareef, an HoR member, saying the meeting was constructive.

Al-Shareef told Press Solidarity that the Presidential Council urged for solving the current crises of cash, power, and public services, pointing out that both the PC and the HoR were keen on solving thing up within the current political scene.

“Saleh’s meeting with Al-Serraj in Egypt was not that fruitful as the former did not provide or propose any solution for the crisis despite the Egyptian efforts to make things more adjustable to the opposition of the political agreement, especially those in the eastern region, whom they called the “Fedrotribalists.” Al-Shareef added.

He also said he has hopes about the attempts to facilitate a meeting outside the HoR headquarters in Tobruk so that everyone can talk their visions and arrive at a way out of the crisis despite the political deadlock in the HoR.

For: Presidential Council meets with 50 HoR members to reach political way out