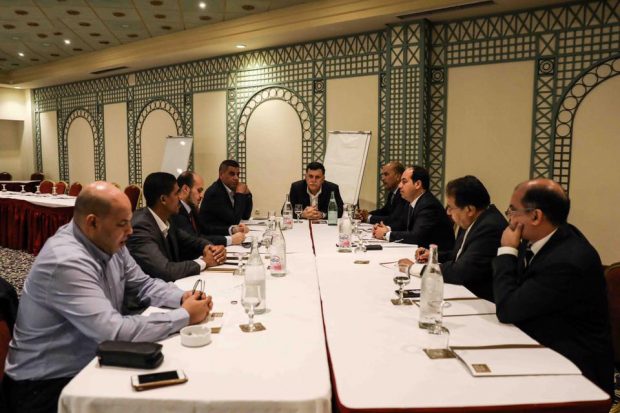 Tunisia to one of the Libyan cities, which is yet to be decided.
The sources, who asked to be unidentified, said the PC meetings may be held in Ghadames, Jadu, Jalu or Ghat.

The deputy head of the PC, Omar Al-Aswad, was appointed by the Head Fayez Al-Serraj to follow up and review the status of both Jadu and Ghadames and whether or not they can be fit on all levels to such an event.

As regards to Ghat city, Al-Serraj appointed deputy Ahmed Hamzah to review the potentials of having the city as a place for the upcoming meetings, While deputy Fathi Al-Mijibri, was appointed to check the viability of Jalu as a place to hold the GNA cabinet formation dialogue.

Early on, the Presidential Council has been holding its dialogue meetings in the Tunisian capital, Tunis, with the aim to arrive at a consensus regarding the new cabinet candidates to present them to the Tobruk-based House of Representatives for confidence, as the latter had refused to approve the previous GNA cabinet late in August.

For: Presidential Council set to hold dialogue meeting in a Libyan city