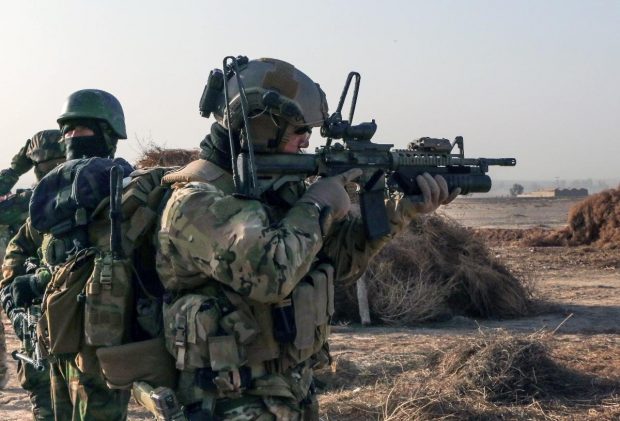 Reuters – Russia appears to have deployed special forces to an airbase in western Egypt near the border with Libya in recent days, U.S., Egyptian and diplomatic sources say, a move that would add to U.S. concerns about Moscow’s deepening role in Libya.

The U.S. and diplomatic officials said any such Russian deployment might be part of a bid to support Libyan military commander Khalifa Haftar, who suffered a setback with an attack on March 3 by the Benghazi Defence Brigades (BDB) on oil ports controlled by his forces.

The U.S. officials, who spoke on condition of anonymity, said the United States has observed what appeared to be Russian special operations forces and drones at Sidi Barrani, about 60 miles (100 km) from the Egypt-Libya border.

The apparent Russian deployments have not been previously reported.

The Russian defense ministry did not immediately provide comment on Monday and Egypt denied the presence of any Russian contingent on its soil.

“There is no foreign soldier from any foreign country on Egyptian soil. This is a matter of sovereignty,” Egyptian army spokesman Tamer al-Rifai said.

The U.S. military declined comment. U.S. intelligence on Russian military activities is often complicated by its use of contractors or forces without uniforms, officials say.

Reuters could not independently verify any presence of Russian special forces and drones or military aircraft in Egypt.

Mohamed Manfour, commander of Benina air base near Benghazi, denied that Haftar’s Libyan National Army (LNA) had received military assistance from the Russian state or from Russian military contractors, and said there were no Russian forces or bases in eastern Libya.

Several Western countries, including the U.S., have sent special operations forces and military advisors into Libya over the past two years. The U.S. military also carried out air strikes to support a successful Libyan campaign last year to oust Islamic State from its stronghold in the city of Sirte.