Russia has special troops on ground in support of Haftar’s eastern forces, US officials 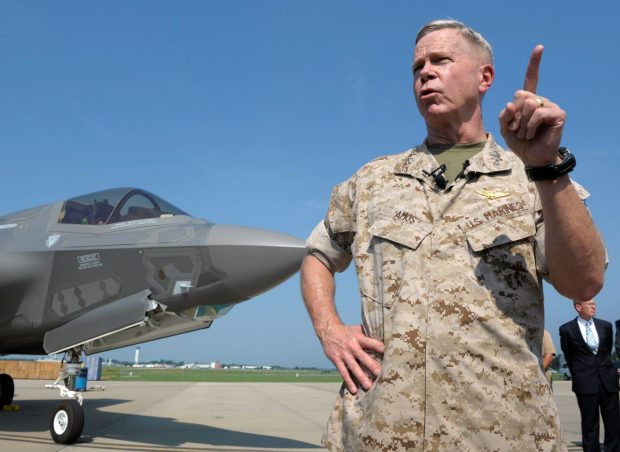 The head of U.S. forces in Africa told reporters on Friday there was an “undeniable” link between Russia and powerful Libyan commander Khalifa Haftar, underscoring U.S. concerns about Moscow’s deepening role in Libya, Reuters reported.

Earlier this month Reuters reported that Russia appeared to have deployed special forces to an air base in western Egypt near the border with Libya. Russia has denied the report.

When asked about the presences of Russian troops in Libya, Marine General Thomas Waldhauser, the top U.S. military commander overseeing troops in Africa, said “there are Russians on the ground in the area,” adding that Russia’s attempts to influence Libya were concerning, Reuters added.

“They are on the ground, they are trying to influence the action, we watch what they do with great concern and you know in addition to the military side of this, we’ve seen some recent activity in business ventures,” Waldhauser said, according to Reuters.

Reuters exclusively reported that the United States has observed what appeared to be Russian special operations forces and drones at Sidi Barrani in Egypt, about 60 miles (100 km) from the Egypt-Libya border, Reuters indicated.

U.S. and diplomatic officials believe that any such Russian deployment might be part of a bid to support Haftar, said Reuters.

“Well I think it is common knowledge, certainly in the open press, the Russians and their desire to influence the activities inside in Libya… the Russian and Haftar, I think that linkage is undeniable at this point in time,” Waldhauser told reporters at a news conference, continued Reuters.

According to Reuters, Questions about Russia’s role in north Africa coincide with growing concerns in Washington about Moscow’s intentions in oil-rich Libya, which has become a patchwork of rival fiefdoms in the aftermath of a 2011 NATO-backed uprising against the late leader Muammar Gaddafi, who was an ally of the former Soviet Union.

Several Western countries, including the United States, have sent special operations forces and military advisers into Libya over the past two years. The U.S. military also carried out air strikes to support a successful Libyan campaign last year to oust Islamic State from its stronghold in the city of Sirte, Reuters elaborated.

Waldhauser said the United States would “maintain a force” in Libya in order to develop intelligence and work with the U.N.-backed government in Tripoli if more action was needed against Islamic State, Reuters added.

He estimated that there were between 100 and 200 Islamic State militants left in Libya, Reuters concluded.

For: Russia has special troops on ground in support of Haftar’s eastern forces, US officials