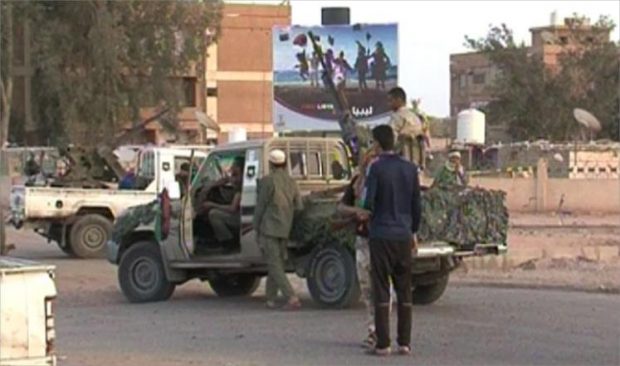 Sources from Sabha reported Sunday that students had returned to schools and shops and other service institutions had reopened in Sabha after the ceasefire was successfully implemented.

The sources added that a delegation formed by the truce advocators was assigned to secure the clashes zone that saw more than six days of heavy fighting causing 17 deaths and over 50 injuries.

“Some schools did not open as they are still in a very tense area where Gaddadfa and Awlad Sulaiman used to fight in Sabha downtown.” Sources added.

The two conflicting tribes of Awlad Sulaiman and Gaddadfah in Sabha agreed on a ceasefire that lasted until today without any violations and started last Tuesday at 11.00 pm.

The truce was reached after the efforts of a committee made up of notables and elders from the southern region and Werfilla tribe, according to Zidan Najim, a member of the reconciliation committee.

It’s worth mentioning that the fight was sparked by a monkey harassing a secondary school girl and taking off her scarf in the street, which then led to the killing of the monkey and its owner, setting off the clashes between the Gaddadfah tribe (monkey owners) and the Awlad Sulaiman tribe ( relatives of the girl).