Second day of dialogue kicks off in Tunis, unified army on the table 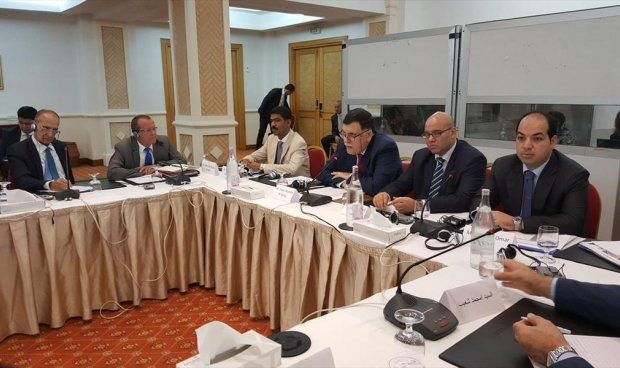 The UN is set to host a second day of talks on Libya with the aim of creating a “unified” army in a country wracked by internal divisions and a jihadist threat.

The organisation brokered a power-sharing deal last year to form a Government of National Accord (GNA), but the body is still struggling to assert its authority.

“All Libya’s problems today are tied up to the security issue,” said Martin Kobler, head of the UN’s support mission in the country, after a first day of talks in the Tunisian capital yesterday.

The goal of the discussions was to create “a unified Libyan army under the command of the presidential council,” he said, according to an Arabic translation of his remarks.

“Libya cannot be united as long as it has several armies,” he said.

Forces loyal to the unity government are fighting to drive the so-called Islamic State group out of the jihadists’ coastal stronghold of Sirte.

The two-month battle has killed around 250 pro-GNA fighters and wounded more than 1,400, according to medical sources at the unity forces’ command centre.

The GNA arrived in the capital three months ago, but it has not been endorsed by Libya’s elected parliament, while a rival political authority based in the country’s far east has refused to cede power.

“I want to meet General Haftar, to see and understand his position. I contact him every week to arrange a meeting, but so far he has refused,” Mr Kobler said.

Libya’s UN-backed presidential council would meet tomorrow and Tuesday with “influential security parties” for further talks on a unified army, he said, without specifying who these parties would be.

For: Second day of dialogue kicks off in Tunis, unified army on the table