Short sleep could be connected with cold or infection risk 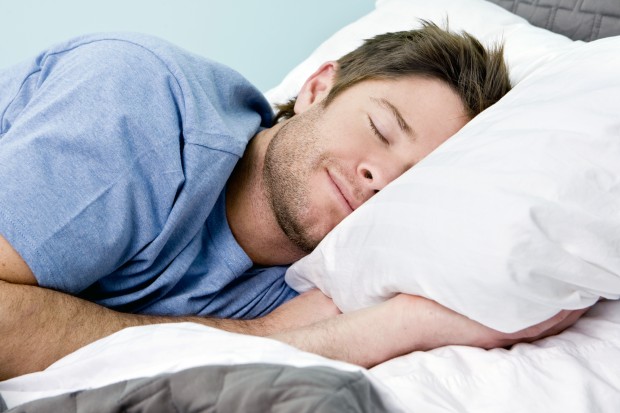 (Reuters Health) – U.S. adults who sleep no more than five hours per night or who have a diagnosed sleep disorder are more likely to have suffered a recent cold than those who sleep more, according to a new study.

“In many countries, particularly western countries, sleep takes a back seat to productivity, which may make some sense in the short term but certainly not the longer term,” said coauthor Aric A. Prather of the Center for Health and Community at the University of California, San Francisco. “Sleep happens with whatever time is left after all of the other ‘necessary’ tasks are attended to.”

Getting too little sleep can have a direct impact on cardiovascular, endocrine and immune functioning that may increase disease risk over time, Prather told Reuters Health by email.

In addition, “poor sleep may lead to health behaviors that also raise one’s risk for poor heath,” he said. “Short sleepers are less likely to exercise and more likely to engage in less than ideal nutrition that, again over time, can affect health.”

The researchers used responses from more than 22,000 adults in the National Health and Nutrition Examination Surveys between 2005 and 2012. The participants reported their typical weekday hours of sleep, history of diagnosed sleep disorders and whether they had ever told a doctor about having trouble sleeping.

They also answered questions about having a head or chest cold, the flu, pneumonia, or an ear infection over the previous 30 days.

One quarter had told a doctor about trouble sleeping and 7 percent had been diagnosed with a sleep disorder.

After accounting for factors like age, sex, race, education level and smoking status, those with a diagnosed sleep disorder were also more likely to have had a cold or infection than others, the researchers reported in JAMA Internal Medicine.

“This data does not allow us to know whether sleep causes an increase in susceptibility to respiratory infections,” only that the two are somehow connected, Prather said.

But in a 2015 study, he and his team experimentally exposed people to the cold virus after assessing their typical sleep, and those who slept six or fewer hours were roughly four times more likely to develop a biologically-verified cold than those who slept more than seven hours, he said.

“It is our hope that this work will help raise the profile of sleep as a critical health behavior that should be considered as an additional vital sign for optimal health,” he said.

“Very little if any training about sleep happens in medical school so most physicians do not know anything about sleep,” said Dr. Sanjay R. Patel of the Center for Sleep and Cardiovascular Outcomes at the University of Pittsburgh. “As a result, they do not feel comfortable talking about sleep with their patients.”

“Similarly, society does not stigmatize the person getting in their car and driving after only four hours of sleep the way it does the person driving after drinking, even though the risk to others on the road may be the same,” Patel told Reuters Health by email.

“Sleep deprivation studies in the laboratory have clear effects on immune function, and other clinical studies have shown that poor sleep before exposure to the cold virus influences the risk of actually developing a cold,” said Dr. Daniel J. Buysse of the University of Pittsburgh School of Medicine, who was also not part of the new research.

“Like most things, it’s a complicated story, but sleep is likely to play an important role,” he told Reuters Health by email.

For: Short sleep could be connected with cold or infection risk