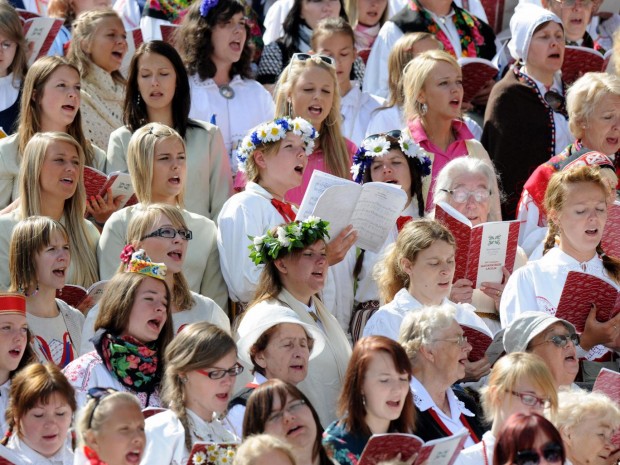 Singing in a choir can boost the immune system and tackle stress, and could therefore be an important tool for cancer patients according to a new study.

Researchers at the Welsh research charity Tenovus Cancer Care worked with the Royal College of Music and Imperial College to find that performing in a choir for just one hour can have a positive effect on a person’s health.

Dr Ian Lewis, director of research at the charity, said the study is the first time

He explained: “Singing in a choir can have a range of social, emotional and psychological benefits, and now we can see it has biological effects too.”

“It’s really exciting and could enhance the way we support people with cancer in the future.“

To make their findings, researchers took saliva samples from 193 singers from five different choirs who had been performing for an hour. All of the members had their lives affected by cancer, either by having the disease, caring for a patient, or losing a friend or relative.

The team then tested the samles for the stress hormone cortisol and molecules which help the body to fight series illness called cytokines.

Researchers found that the singers were more positive overall, but that those who had depression or other mental health conditions also experienced the greatest reductions of bodily inflammation after singing.

Diane Raybould, 64, was diagnosed with breast cancer aged 50. Her daughter died from the disease aged 28.

Ms Raybould, who has sung with the Bridgend Sing With Us choir since 2010, took part in the study and said that the support from the choir leaders and from other choristers as well as the “inspirational” songs “genuinely makes you feel better.”

Co-author Dr Daisy Fancourt, from the Centre for Performance Science highlighted that people with cancer can experiences stress, anxiety and depression which can suppress the immune system “at a time when patients need as much support as they can get.”

She added: “This research is exciting as it suggests that an activity as simple as singing could reduce some of this stress-induced suppression, helping to improve well-being and quality of life amongst patients and put them in the best position to receive treatment.”

The findings were published in the online journal ecancermedicalscience, which is run by the European Institute of Oncology.

For: Singing in choir can terminate cancer, study reveals