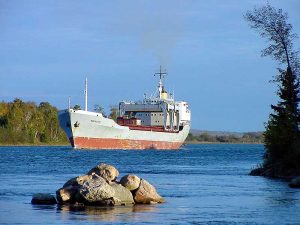 Spanish police said Tuesday a boat carrying nearly 20 tonnes of hashish to Libya was seized as part of a global operation targeting the financing of armed groups in North Africa and the Middle East.

With the help of Europe’s police agency Europol, information from French customs and air support from Italian police, Spanish forces intercepted the boat registered under the Panamanian flag off Spain’s southeastern coast on September 23.

They said all crew members were detained — 11 Ukrainians and one Uzbek — in what a spokesman for French customs said was “one of the biggest seizures of hashish” ever in Europe.

The Guardia Civil police force said the boat was intercepted as part of an operation launched in 2013 by Spanish, Moroccan, French, Italian and Greek authorities, with additional support from the US Drug Enforcement Agency.

Some 100 tonnes of hashish have been seized in the multi-country operation and 109 people detained — with a majority being nationals of Syrian, Moroccan and Spanish.

“This trafficking is being used to finance insurgents in existing conflicts in North Africa and the Middle East,” Javier Rogero, lieutenant colonel at the Guardia Civil, told reporters.

He would not be drawn on which groups the drugs and weapons were benefiting, but said police were “convinced… that they also finance jihadist terrorism.