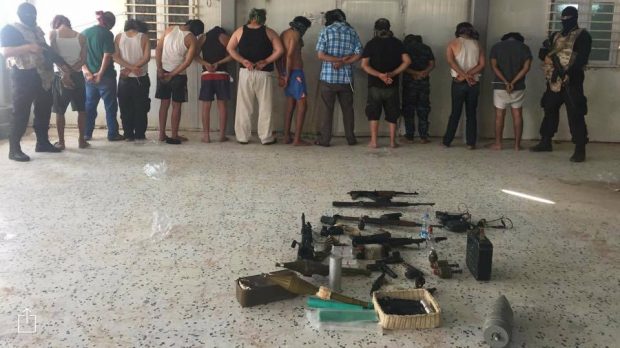 The Tripoli-based Special Deterrence Force (SDF) has arrested 12 persons in a storming operation done on Saturday in Fao Village in Siyahiya district, Tripoli.

The SDF said on its official website that the 12 persons were part of a gang that works in abduction for ransom, banditry, and other crimes inside Tripoli, especially in areas like Siyahiya, Hay Al-Andalus, Ghout Al-Shaal, and Al-Sirraj.

According to the SDF, the arrest of the 12-man gang came after many complaints about it were reported to the SDF offices by the Siyahiya residents, saying that those persons were acting in an immoral way around their district.

“Some of the persons the SDF arrested among the gang are involved in abductions, extortion, and theft.” The SDF said it found out following close investigation.