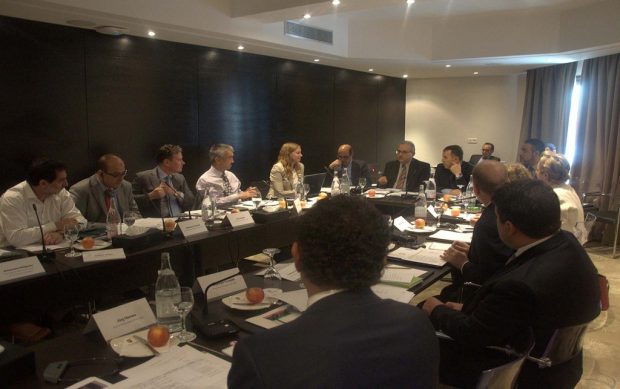 The Stabilization Facility for Libya Project Board met Saturday in Tunisia’s capital where it decided that the first locations benefiting from the support of the Facility would be in Benghazi, Obari and Kikla.The Board’s decision was made based on careful review of the selection criteria and consensus among the Board members that these three locations had experienced the most damage in the East, South and West regions of Libya respectively, whilst also having stable enough security situation for the Facility to be able to start working.

The Board carried the meeting under the leadership of HE Dr. Taher Al-Jehaimi, Minister of Planning and Mr. Ali Al-Za’tari, the Deputy SRSG and UNDP Resident Representative, as well as the Ambassadors and representatives of the EU, Germany, Italy, Qatar, Switzerland, the Netherlands, United Kingdom and United States of America.

HE Dr. Taher Al-Jehaimi said he was very pleased to initiate the Stabilization Facility for Libya with the support of UNDP, and that the Government of National Accord (GNA) believed the project would deliver critical quick improvements on the ground.He also promised that the Libyan Government would match the contribution of the international partners to the Facility, increasing the pledges to the Project from $30 million to $60 million.

Mr. Ali Al-Za’tari highlighted that the Facility will work together with the GNA and the relevant local authorities in Libya, expressing content that the Board members were able to reach a consensus on the locations so fast and said that this would set the precedent for good collaboration between the Libyan Government, the UN and the international community.

“The Stabilization Facility will provide rehabilitation of critical infrastructure destroyed by conflict to improve basic service delivery. The interventions of the Stabilization Facility will be implemented by UNDP and will be selected based on needs assessment on the ground. The priorities will be jointly agreed among the GNA, local authorities, civil society and affected population.” The UNSMIL website stated.

For: Stabilization Facility for Libya approves Benghazi, Obari and Kikla for damage assessment