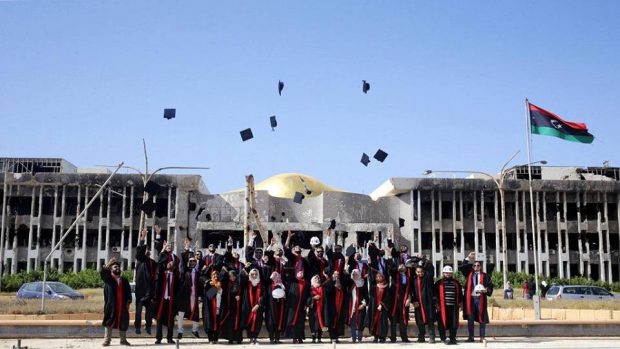 Where there is a will, there is a way. This is what the graduates of Benghazi University have said as they stand up in the backyard of their ransacked university building with a view or the remaining rubble in their graduation picture’s background.

Closed in 2014 over the conflict in Benghazi, the university opened its doors last week for the graduate students to carry out their graduation ceremony in its destroyed surrounding.

Completely dolled up with graduation gowns and caps, the students saved no smile while taking a group picture on the rubble of their once-beloved university building. 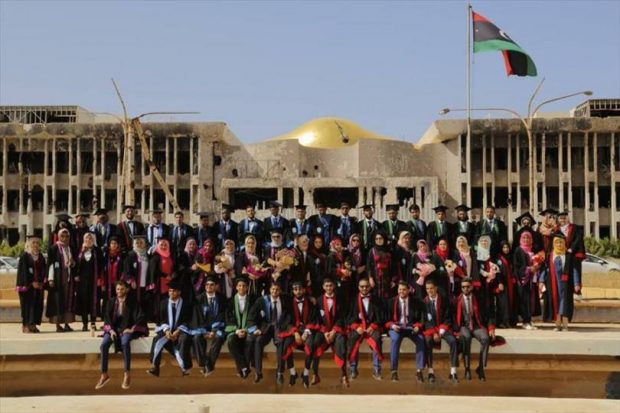 Though the university building, which was founded in 1995, was all a rubble, the grads were hopeful that in the near future other freshmen would have a chance to be educated again in the same university in the same place in Benghazi.

“Honestly I find it baffling, after seeing the extent of the damage that was caused to this university and the amount of waste that was left behind as a result of the war against terror on the campus. It’s unfortunate what happened to us, in Benghazi, and especially in our university,” Amany Al-Awamy, a graduate if the faculty of arts told Reuters.

Benghazi University was used as a war zone and armed forces were positioned in it in the fight that broke out in May 2014 between Khalifa Haftar’s Operation Dignity and Benghazi Shura Council Revolutionaries.

For: Success in the time of war shapes Benghazi University students’ careers starter