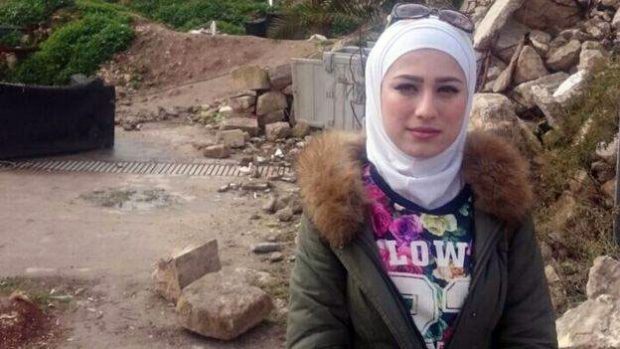 BBC – Mariam Hammad, despite every adversity of war and hardship, is trying to be a student in Aleppo in the dark heart of Syria’s civil war.”My city has turned to ruins,” she says.

Despite being in constant danger, forced out of her home twice by shelling and living without regular supplies of electricity or water, this 22-year-old has refused to give up being a student. Four years ago, she had just left school and begun at the University of Aleppo when it was hit by rockets, killing dozens of students around her.

“I saw my friends killed and still now I can’t forget what happened,” Mariam says. “I saw a lot of students hurt and injured. There was blood, death. Everything was terrible.” ‘Everything destroyed’ There was intense danger at home too. “I came so near to death many times,” Mariam says.

“My family and I rented a house that was only 500m (0.3 miles) or so from the front lines, and a lot of rockets fell in my neighbourhood. “Many of my neighbours were killed, and mortars hit my home twice.”

She remembers waking during an attack, unable to see in the dust and darkness and not knowing who was alive or dead. Mariam talks of life in Aleppo becoming a mix of “horror and danger”.

“I was crying so much when I saw my city in front of my eyes, everything destroyed,” she says.

But her reaction has been to stubbornly carry on and to use her studies as a way of honouring those who have died. She became an online student in a warzone, following a degree course run by the US-based University of the People, making a conscious decision to be “optimistic” and to make plans to “rebuild”.

But this is far from straightforward, she says over a patchy Skype line. “The hardest thing about being a student in Aleppo? Actually, it’s being alive,” Mariam says.

There are still occasional rockets and mortar blasts, despite a ceasefire, but there are also big practical problems that would have put off a less determined student. “We haven’t had electricity for two years,” she says. Instead, people rely on generators that might operate for a few hours at a time.

Mariam goes to a local shop with a small generator, where it can take 12 hours to charge up her mobile phone and an old laptop, and then she ekes out the charge so she can study. Internet connections are sporadic and weak – and when an exam was approaching, there was an internet blackout.

Worried that she would be failed, Mariam began to make preparations to travel to Damascus to find a way of sitting the exam. Even by the standards of a civil war, she says, this would have been extremely dangerous, but friends managed to make contact with the university, and she was able to re-arrange the exam.

For: Syrian student in Aleppo battles dire condition to get online degree