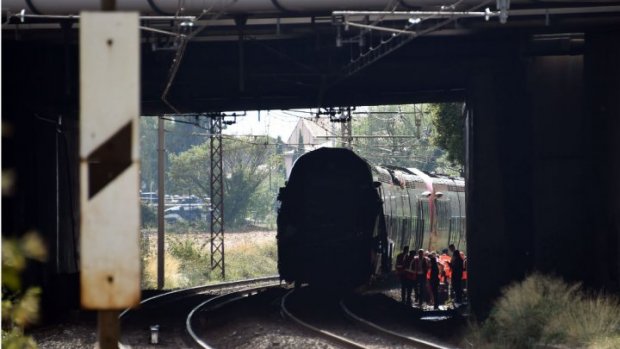 Dozens of people were hurt, eight of them seriously, when a regional train hit a tree uprooted during a hailstorm in the south of France.

Witnesses said one passenger had been thrown out of the train by the force of the crash, at Saint-Aunes in the Herault region.

Emergency services said one person was critically injured and airlifted to hospital.

The front of the train was badly damaged and windows were knocked out.

The double-decker train had been travelling at 140km/h to the east of Montpellier when it rammed into the tree at around 15:45 local time (13:45 GMT), reports said.

The accident left the Montpellier to Nimes line completely blocked during the evening rush-hour.

The hailstorm hit large areas of the south and local residents in the area tweeted pictures of hailstones the size of golf-balls.

The area is known for its vineyards and there were concerns that this year’s harvest could be affected by the storm.

For: Tens of injuries in a train hit a tree in southern France