The Philippines lifts ban on deployment of Filipinos to Libya 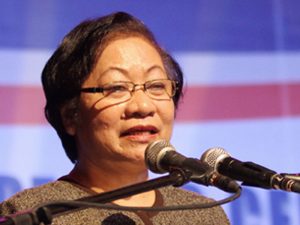 Now that security conditions have improved in Libya, the Philippines government has lifted a ban on deployment to
Libya of overseas Filipino workers (OFWs) with valid and existing contracts for jobs there.

On recommendation of the Department of Foreign Affairs (DFA), the Philippine Overseas Employment Administration’s (POEA) Governing Board issued Resolution 16, which lifts the ban after the crisis alert level in Libya was lowered from Alert Level 4 to Alert Level 2 (restriction phase), reported Manila Times.

The DFA reportedly visited job sites in Libya last August 18 to assess the general situation in the country.

Labor and Employment Secretary Silvestre Bello III, also chairman of the POEA Governing Board, has clarified that newly hired OFWs are not covered by the lifting of the ban.

“The deployment ban for newly hired OFWs shall be maintained until further notice,” Bello reportedly said.

According to POEA Governing Board Resolution (GBR) No. 16, only returning Filipino workers with valid and existing contracts are allowed to be deployed to Libya.

These OFWs have to submit necessary documents required by the Philippine Embassy in Tripoli, said the news portal.

These documents are copies of existing contracts; certification of salaries and benefits of the OFW; letter from the employer requesting the return of the OFW; security and safety guarantees through valid company certifications; medical and life insurance coverage; and guarantee of immediate repatriation based on submitted contingency plans.

The POEA Governing Board reportedly suspended processing and deployment of OFWs bound for Libya on May 30, 2014 because of worsening security in that country.

On June 13, 2014, the POEA issued GBR No. 9, which allowed the processing and deployment of workers returning to Libya under certain skills categories. On July 22, 2014, the employment administration, through GBR No. 17, added more skills categories, the report said.

For: The Philippines lifts ban on deployment of Filipinos to Libya