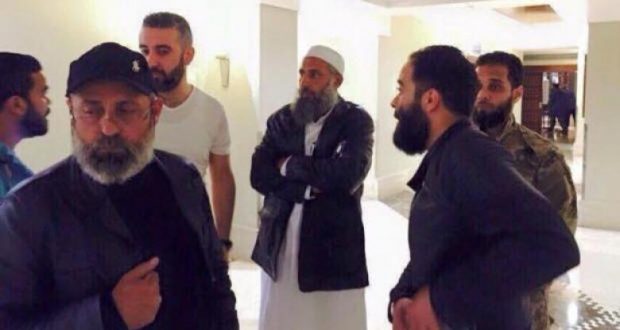 A meeting was held late on Thursday at Abu Sitta Naval Base in Tripoli, where leaders of Misurata and Tripoli armed brigades discussed the clashes and violations of the cease fire reached earlier that day.

The meeting was agreed on after the efforts put by Al-Bunyan Al-Marsous Operation leaders.

According to sources from the meeting, the commander of the Central Support Force in Abu Salim, Ghaniwa, also agreed to be part of the ceasefire, while Haythem Al-Tajouri, the leader of Tripoli Revolutionaries Brigade, remained obstinate to the deal.

Besides the defence minister of the Government of National Accord, Mahdi Al-Barghathi, the meeting was attended by the commander of the Presidential Guard, Najmi Nakoae, as well as a number of commanders of brigades from Misurata and Tripoli.

“We are all committed to implementing the ceasefire agreement and we all condemn the attack on Hadba Prison on Thursday and the killing of several guards on the prison’s threshold.” The military leaders from both cities added, saying they have nothing to do with the Hadba Prison attack and that it was done individualistically to foil the peaceful solutions aiming at ending the clashes.

They all also agreed on forming a joint committee that will monitor the implementation of the ceasefire and report the violations.

Tripoli has been undergoing deadly clashes on the main streets and neighbourhoods among civilians since Monday with about 10 people dead so far, including a child, who was killed by random shelling.

The clashes are between forces and armed brigades from the Presidential Council of the GNA and forces and armed groups of the National Salvation Government of Khalifa Al-Ghweil, whose forces were dislodged from the government headquarters in Rixos, Tripoli on Wednesday.

For: Tripoli, Misurata military leaders agree on ceasefire, except for Tripoli Revolutionaries Brigade