Trump: US will have no role in restoring stability and peace to Libya 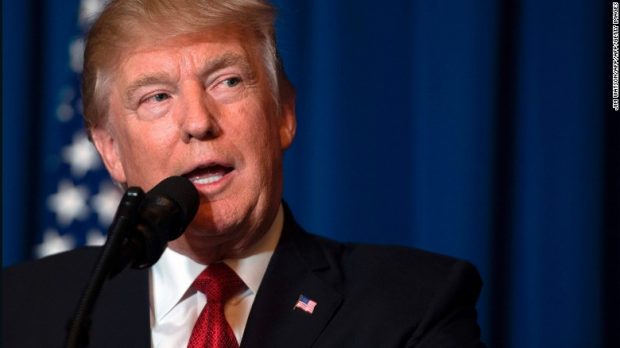 The US President, Donald Trump, said on Thursday he did not believe the US should continue to play a role in stabilizing Libya, where violence and political instability has reigned since the overthrow of the country’s dictator, Moamar Gaddafi, CNN repoted.

Trump said during a joint news conference Thursday, moments after Italian Prime Minister Paolo Gentiloni called the US role in the country “critical,” “I do not see a (US) role in Libya,”

Trump was not wearing the earpiece that would have provided him with English translation when the Gentiloni in Italian characterized the US’ role in Libya as “critical,” according to the CNN.

The US played a key role in the NATO bombing campaign that helped rebels oust Moammar Gadhafi, the Libyan leader, in 2011. Islamist extremist groups including ISIS have since gained a foothold in Libya as warring rebel factions continue to dispute governmental authority, and the US has carried out airstrikes against ISIS strongholds there, the CNN indicated.

Trump said he does “see a role in getting rid of ISIS,” though it was unclear whether he believes that role should extend to Libya.

For: Trump: US will have no role in restoring stability and peace to Libya