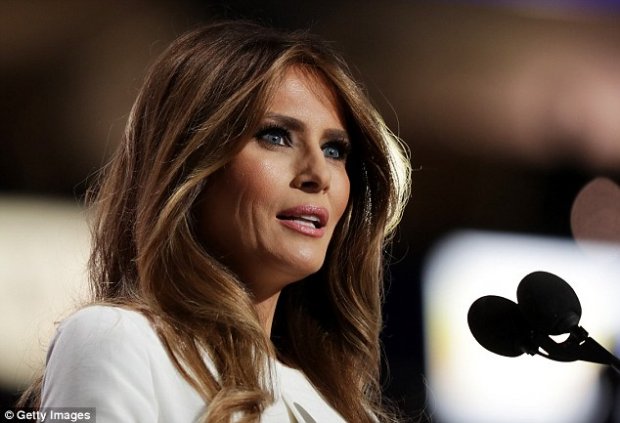 Donald Trump’s wife, Melania, took centre stage on the first day of the Republican National Convention but faced accusations that a portion of her speech plagiarised Michelle Obama.

“I mean, this is, once again, an example of when a woman threatens Hillary Clinton, how she seeks out to demean her and take her down,” he added.

It was Mrs Trump’s first speech of the campaign and she had the help of a speechwriting team.

Republican National Committee Chairman Reince Priebus he did not blame Mrs Trump, but added he would “probably” fire the speechwriter over the controversy.

Meanwhile Mr Trump himself described her speech as “absolutely incredible”.

[su_quote]My parents impressed on me the values that you work hard for what you want in life; that your word is your bond and you do what you say and keep your promise; that you treat people with respect.[/su_quote] Melania Trump said yesterday.

[su_quote]And Barack and I were raised with so many of the same values: that you work hard for what you want in life; that your word is your bond and you do what you say you’re going to do; that you treat people with dignity and respect, even if you don’t know them, and even if you don’t agree with them.[/su_quote] Michelle Obama said in 2008.