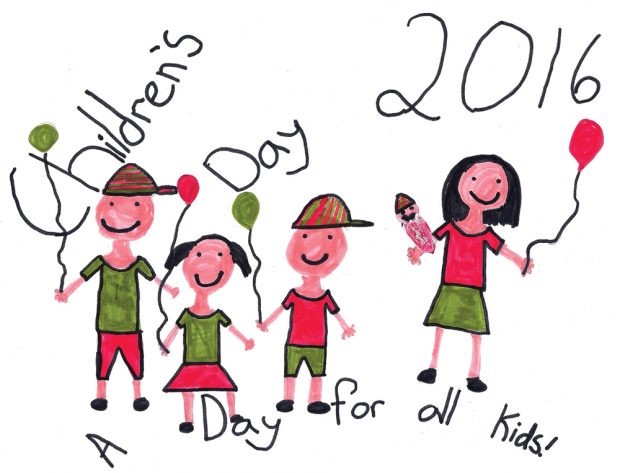 The News Tribune – The Universal Children’s Day is celebrated worldwide on November 20 to remember that children are our present and future. All children in the world have special rights and need particular protection to ensure their well-being, successful development and human rights. Not only parents, but all governments and state institutions have the duty to create a children friendly environment and to promote children’s rights in order to ensure our future. Two key events anchored the worldwide commitments to promote children’s rights at the International agenda, the Declaration of the Rights of the Child, in 1959, and the Convention on the Rights of the Child, in 1989.The Convention on the rights on the child sets out a number of children’s rights including the right to life, to health, to education and to play, as well as the right to a family life, to be protected from violence, to not be discriminated, and to have their views heard.

Child protection is one of our priorities in the European Union, outlined in the European Union Action Plan on Human Rights and Democracy. We have launched a diplomatic outreach with a global focus on all forms of violence against children and women with emphasis on ending child, early and forced marriage. Pakistan ratified the Convention on the Rights of the Child on November 12, 1990 and successive governments have renewed their commitments to create a nurturing and friendly environment for all Pakistani children. Unfortunately, huge challenges remain for them in the country. Child mortality is still high and 44 per cent of Pakistani children suffer from chronic malnutrition due to poverty, poor health services, illness and improper feeding practices. Access to education particularly in rural areas is still insufficient. As a result, around 42 per cent of Pakistanis are illiterate, whereby wide discrepancies persist in provinces and rural/urban settings, in some areas of Balochistan literacy rate is at 20 per cent. Quality of education and security of schools are another issue that must be tackled. The National Action Plan on counterterrorism’s provisions on madrassas should be fully implemented for the benefit of children enrolled in religious schools. The Pakistani penal code still places the age of criminal responsibility at 10, while minors sit on death row and are executed.

Another aspect of concern is violence against children, which inevitably leads to a violent society in the future. The bold steps taken by provinces having passed bills against under age marriage and against child and bonded labour should be extended to the rest of the country.

The European Union reiterates its full support to assist Pakistan in the implementation of those commitments. We should work together and join our efforts to enable all the children in Pakistan to learn and grow, have their voices heard, reach their full potential and ensure the present and future of Pakistan.

For: Universal Children’s Day celebrated across the globe