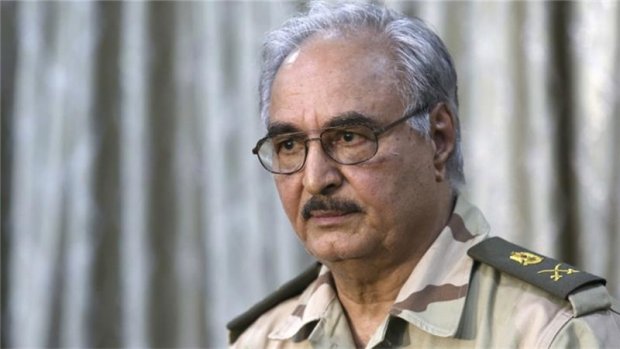 As the US war in Libya moves into its third week, officials and analysts are seeing a lot of problems with their plans, but perhaps the biggest problem is one of their own creation, the Libyan leader and long-time CIA asset Gen. Khalifa Haftar.

Haftar was a general of Moammar Gadhafi until 1987, when he was captured by Chad. The next year, he became a US proxy for an anti-Gadhafi insurgency, and after that collapsed, moved to Virginia, with occasional trips back to Libya for other failed US-backed plots.

When NATO helped regime change in 2011, Gen. Haftar was quick to make his grand return, and has been trying to consolidate his power ever since. He announced a coup in 2014, which didn’t amount to much, and is now at the head of the army or so-called Dignity Operation loyal to Tobruk-based House of Representatives.

“The United States and its allies can’t figure out what to do about Khalifa Haftar, the Libyan general whose refusal to support a fragile unity government has jeopardized hopes for stability in a country plagued by conflict.” The Washington Post wrote.

“Hifter is threatening many of the Western-backed initiatives in Libya and the establishment of a recognized political power,” said Barak Barfi, a scholar at New America, a Washington think tank. “Hifter doesn’t have the strength on the battlefield to deliver on his promises to defeat Islamists, but he can act as a spoiler.”

A former senior U.S. official, who like others spoke on the condition of anonymity to discuss internal deliberations, said that Haftar’s connections across the Middle East and beyond have made it difficult for the Obama administration to develop a unified strategy to confront or co-opt him, the American newspaper added.

This comes as Haftar is trying to attack the oil ports in the oil crescent region where the Petroleum Facilities Guard led by Ibrahim Jodran in order to lay hand on the country’s oil resources.

For: US abandons long-time CIA asset Khalifa Haftar, brands him as spoiler