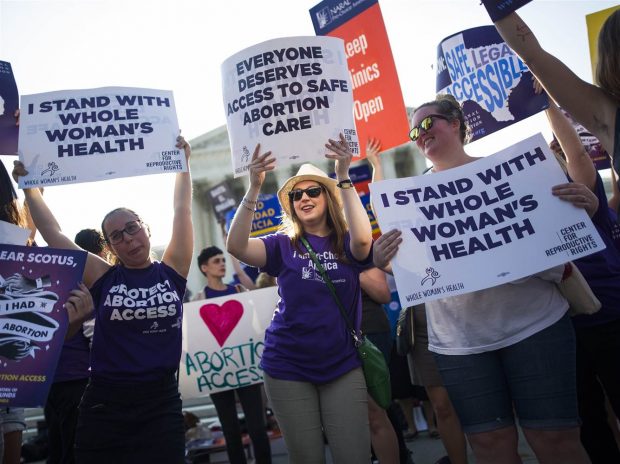 The Supreme Court on Monday struck down a Texas law regulating abortion clinics, delivering a 5-3 decision that was the high court’s first major foray into the abortion issue in nine years.

“We agree with the District Court that the surgical center requirement, like the admitting-privileges requirement, provides few, if any, health benefits for women, poses a substantial obstacle to women seeking abortions, and constitutes an ‘undue burden’ on their constitutional right to do so,” Breyer wrote.

Presumptive Democratic presidential nominee Hillary Clinton in a series of Tweets hailed the decision as “a victory for women,” but said there’s more work to be done.

“This fight isn’t over: The next president has to protect women’s health. Women won’t be ‘punished’ for exercising their basic rights. -H,” Clinton tweeted.

This fight isn't over: The next president has to protect women's health. Women won't be "punished" for exercising their basic rights. -H

For: US Supreme Court struck down Texas abortion law