WHO provides life-saving drugs for HIV patients in Libya 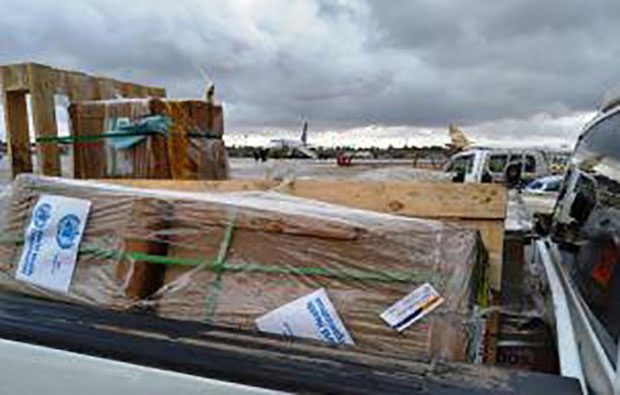 After the start of the country’s civil war in 2011, rates of HIV have continued to rise. A recent WHO analysis of the country’s health system indicates a general collapse in medical services, including a lack of drug availability.

Severe shortages of ARV drugs are threatening the lives of those with HIV and have even led to public protests demanding that the Ministry of Health take immediate action to resolve the problem. The Ministry subsequently reached out to the WHO for support in drug procurement and distribution.

So far, the WHO has provided three months of drugs to some 450 patients. The agency is working closely with the Ministry to develop and implement surveillance and health system assessment mechanisms – particularly those regarding blood safety. The initiative is intended to reinstate the HIV-related infrastructure that was halted at the start of the war in 2011.

Last year, there were 6,330 registered HIV patients in Libya. 10 people, aged 18 or 19, died due to a lack of ARV drugs. Many other patients have been forced to scale back on their drug regimens, meaning that many are now in the advanced stages of the disease and that they face increasingly high mortality rates.

For years, cultural barriers and stigmatization have impeded effective HIV prevention programmes. The WHO is advocating for universal access to HIV treatment and care by focusing on planning, surveillance, and delivery of healthcare services to HIV patients in order to undermine some of these barriers. In order to meet its goals, the WHO is requesting $1.2 million from donors, which would allow the agency to guarantee a supply of ARV drugs throughout 2017.

For: WHO provides life-saving drugs for HIV patients in Libya