Women work on average 39 more days a year than men according to the World Economic Forum.

The report says the prevalence of unpaid work burdens women and estimates that economic inequalities between the sexes could take 170 years to close. 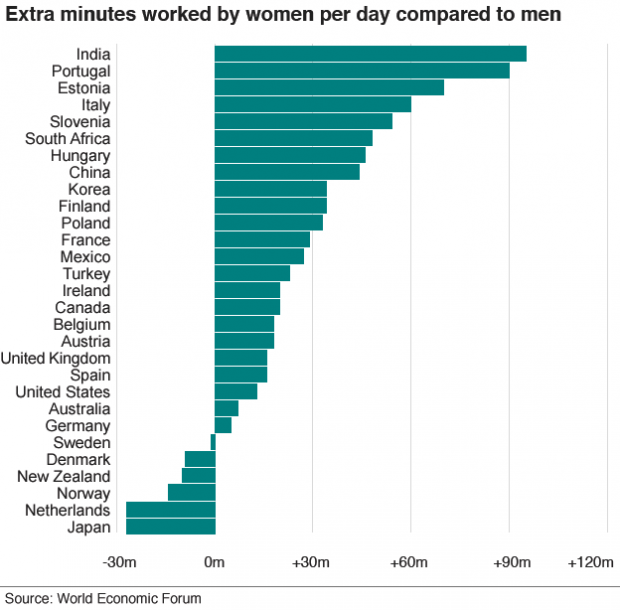 The gap in economic opportunity, the WEF says, is now larger than at any point since 2008.

Nearly a quarter of a billion women have entered the global workforce over the past decade, the report says.

Although men do 34% more paid work than women, women still spend more of their time on unpaid work such as housework, childcare and care for older people.

When this is factored in, the WEF calculates women work more than a month more than men per year.