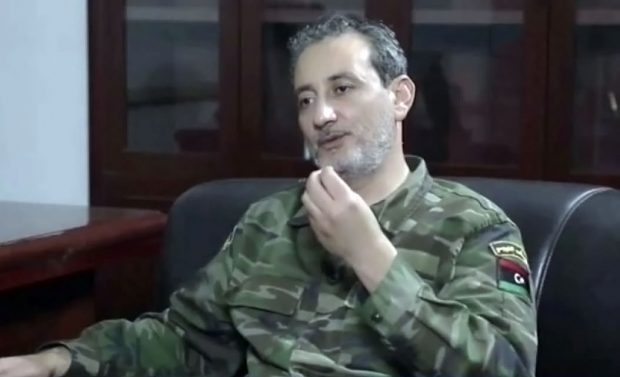 The Defence Minister of the Government of National Accord, Mihdi Al-Barghathi, has considered the situation in Benghazi a move backwards and a “production of new terrorism”, calling on Benghazi people to help support state and legal institutions.

In a presser late on Sunday, Al-Barghathi broke up with his long-time ally, Khalifa Haftar, and said that Haftar had deployed foreign mercenaries to control the oil crescent region, adding that those mercenaries are the ones in control there now after they came from Zilla and Marada towns.

“The oil terminals fell to Haftar’s mercenaries just over a social rift in the area, and we know that the mercenaries inside the terminals are willing to attack Jufra city that is why I visited it and proposed the defence ministry be installed there.” Al-Barghathi indicated.

He added that the oil terminals will be taken back by the local people after they knew who were in control of them.

“90% of those who were killed during Haftar’s Operation Dignity were from civilians.” Al-Barghathi, who was one of the leaders in the operation before he was appointed as GNA defence minister, added.

He also explained that Operation Dignity has not yet formed any military brigade in Benghazi, saying none of the forces in there are orderly enough to be military personnel, “that is why the battle in there won’t end this way.” he continued.

“We cannot keep on enticing easterners to wage a war on westerners or vice versa.” Al-Barghathi added, calling on the House of Representatives and the judiciary to investigate the murder of two soldiers from 204 Tanks Brigade.

“The GNA defence ministry aims at forming a real Libyan army that would be inclusive of all Libyan components.” He concluded.