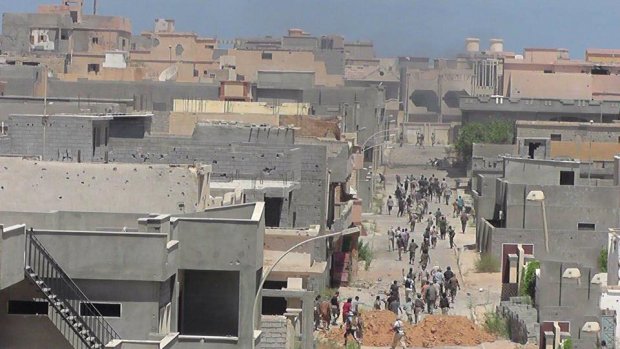 The Libyan forces of Al-Bunyan AL-Marsous appointed by the UN-backed Government of National Accord and led by Misurata forces announced Tuesday their full control of Neighbourhood 2, saying they defeated IS militants in there and left most of them dead, while others ran to their last harbours in Neighbourhoods 1 and 3.

“Neighbourhood Two has been liberated,” Reda Issa, a spokesman at the military operation of Al-Bunyan AL-Marsous said.

Backed by tanks and mortar fire, the Misurata-led forces seized the neigbourhood that lies in central Sirte. The advance came a day after the forces cleared and demined areas of the city captured in earlier clashes, like Ouagadougou Halls Complex, Ibn Sina Hospital and others.

One commander of the Libyan forces loyal to the GNA said the forces had also taken up positions south of Neighbourhood 2 to cut off escape routes.

IS militants in Sirte have been classified a threat not only to Libya’s stability but also to Europe’s security.