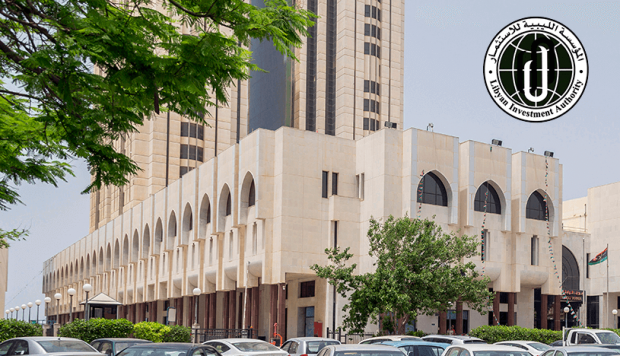 Mr Abdulmagid Breish, Chairman and Chief Executive Officer of the Libyan Investment Authority (LIA), takes note of the purported appointment by the Tobruk-based Board of Trustees of Mr Ali Shamekh as chief executive officer of the Tobruk parallel operation. Mr Breish also takes note of the presentation by Mr Hassan Bouhadi of his resignation as purported chairman of the Tobruk parallel operation.

Mr Breish has consistently regretted the establishment of the parallel operation and continues to do so. He has nevertheless made many attempts to find pragmatic solutions in the best interests of the LIA and Libya. These attempts have been frustrated by Mr Bouhadi’s intransigence, unwillingness to cooperate and lack of professionalism.

Mr Breish also takes note of Resolution 115 of the Presidential Council of the Government of National Accord (GNA) of 15 August 2016 appointing an Interim Steering Committee in relation to the LIA.

Mr Breish understands that the issue of Resolution 115 was motivated by the wish to resolve the ongoing dispute between the LIA and the parallel Tobruk entity.

Mr Breish shares this ambition. In recent weeks he has engaged in productive conversations with directors of the Tobruk-appointed board of trustees, with the aim of establishing a single, united Board of Directors that can be approved by both the GNA and the Tobruk-based Board of Trustees. A formal meeting is expected early next week, and Mr Breish remains hopeful that this will lead to a successful outcome.

However, as Chairman and CEO of the LIA, Mr Breish has a responsibility to point out the defects in the Presidential Council resolution and in the Steering Committee it purports to establish. Specifically:

Mr Breish questions whether the Presidential Council resolution complies with Libyan law, with the founding documents of the LIA, and in particular with Law 13 that governs the LIA. The only body entitled to appoint directors and executive managers of the LIA is the LIA’s Board of Trustees.

As of this date the GNA has not established a Board of Trustees because its own appointment has not been ratified by the House of Representatives (HoR).  This likely also explains why the GNA has not been able to itself constitute a board of trustees and has instead set up this Steering Committee, whose creation is therefore also likely to be opposed by the HoR and its board of trustees. Mr Breish regrets that these political issues have now been introduced into the affairs of the LIA. The appointment of the Steering Committee does not serve the purpose of achieving reconciliation and it complicates the process of managing and pursuing the litigations. It also increases the number of claimants to the chairmanship of the LIA.

[su_note note_color=”#e62525″ text_color=”#ffffff” radius=”7″]2. The LIA questions the technical expertise of those appointed to the Steering Committee[/su_note]

Mr Breish also regrets that the Presidential Council resolution provides for handing over authority and responsibility of complex matters to persons who lack the financial, the legal and even the linguistic expertise to assume them. It should be noted here that this is a violation of Article 10 of Law 13, which specifically provides that the “Board of Directors of seven members, including the Chairman and his deputy” must have the “academic and practical expertise in different fields of management and investment of funds and assets.“

The continued success and progress of the LIA can best be ensured by technically qualified persons who understand the complexities of running a $67 billion sovereign wealth fund, the pursuit of complex legal actions and the importance of safeguarding the LIA’s frozen assets.

[su_note note_color=”#e62525″ text_color=”#ffffff” radius=”7″]3. The LIA questions the impact that the Presidential Council resolution will have on the litigations[/su_note]

The issue of Resolution 115 has significant implications for the litigations that the LIA is pursuing in the English courts and elsewhere.

The successful pursuit of the litigations against Goldman Sachs and Société Générale S.A initiated by Mr Breish in 2014, for instance, requires detailed institutional knowledge of these highly complex proceedings.

These implications have clearly not been taken into consideration by those who have devised and issued Resolution 115. Nor has any attempt been made to consult with Mr Breish or others involved in these cases.

This is a serious oversight, and one which has created legal and financial risks that need to be dealt with as a matter of urgency. The LIA has invested significant time and resources in bringing these litigations, which carry the hopes of returning millions of dollars to Libya and its people, to whom our funds belong. We will continue to pursue those who have, we allege, profited from corrupt acts and improper dealings perpetrated during the previous regime, and to ensure that justice is done.

It is deeply unfortunate that the joint statement of the international community supporting the new Steering Committee, on 17 August 2016, takes no account of these important points.

To date, Mr Breish has not received formal notice from the issuing authority of the appointment of the Interim Steering Committee mandating him to hand over his responsibilities. Upon receipt of such notice he will make an application to obtain an expedited ruling of a Libyan court to clarify the legal position.