Maltese Foreign Minister: Haftar is the elephant in the room in Libya 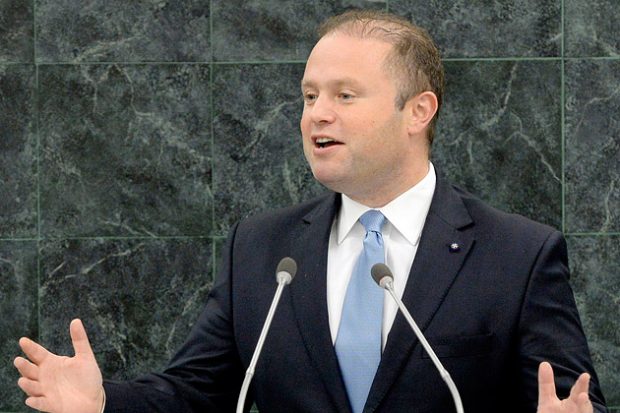 Maltese foreign minister George Vella described as untrustworthy reports that British, French, US and Italian forces are coordinating air strikes in support of a renegade general in eastern Libya.

Air traffic control recordings obtained by the investigative online news portal Middle East Eye suggest Western forces have been coordinating air strikes in support of Khalifa Haftar. Yet, while saying that these reports “cannot be confirmed,” Vella said that such operations would be secret if they were taking place.

Although “it does not make much sense since this would defy the West’s declared support for the Serraj government,” Vella said stranger things have happened and he wouldn’t be surprised if Haftar was indeed receiving help.

“But from our end, we have no information about any Western powers using Maltese airspace. If they are, they are doing this without informing us,” Vella said.

Moreover, Haftar has been fighting some groups that have taken part in the Western-backed campaign against the Islamic State group, with the general, who holds US citizenship, insisting his forces are loyal to a rival government and parliament in Tobruk.

“Haftar is an enigma. He is the elephant in the room,” Vella said, adding that the maverick general has consistently refused to support peace initiatives.

Looking at the bigger picture, Vella told MaltaToday that the situation in Libya is convoluted and expressed disappointment at the failure of the UN-backed unity government to impose its authority.

“This week I had a lengthy discussion with (UN envoy in Libya) Martin Kobbler and it is clear that Serraj is not living up to expectations and he is not delivering,” Vella said.

But he added the circumstances are hardly favourable, with the former internationally recognised parliament in Tobruk refusing to recognise the unity government and the failure to approve the new Constitution by Libya’s major players.

In addition to this, Vella said, the situation in Sirte and Benghazi, where various forces are fighting against Islamic State fighters and other Islamist groups and the lax control of the southern border makes the country very difficult to govern.

Vella refuses to describe the unity government as a puppet administration imposed by the west but he does recognise that the Tripoli government does not possess the necessary resources and infrastructure to function properly.

“The Serraj government is a good starting point,” Vella said, however the conflicting interests inside and outside Libya make a peaceful resolution and the reconstruction of the war-torn country a “bleak prospect.”

For: Maltese Foreign Minister: Haftar is the elephant in the room in Libya