Oil terminals reopen after reaching deal between PFG and GNA 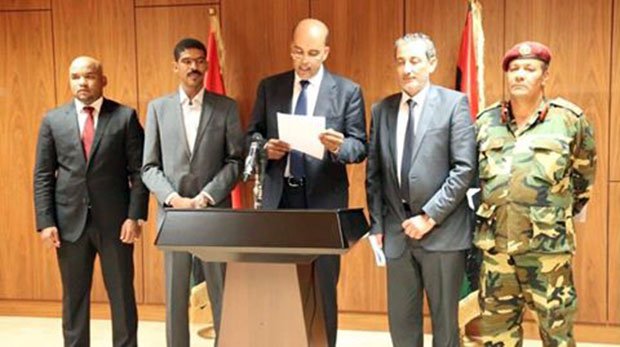 Petroleum Facilities Guard (PFG) head Ibrahim Jadhran – who has led blockades at ports for years – stood next to al-Kouni, the AP reports.

The combined capacity of the four ports which have been shut so far – Sider, Zawiya, Ras Lanuf, and Zueitina – is 860,000 bpd.

The reopening of the ports comes after the deal which the UN-backed government and the PFG struck earlier this month.

Earlier this week, the chief of staff of the Tobruk-based House of Representatives, Abdel Raziq Al-Nadouri warned foreign companies the army would fire at any non-Libyan tanker entering the country’s territorial waters. The warning came after a spike in tensions in Libya brought about by the deal to reopen the ports.

Libya’s National Oil Corporation (NOC) firmly believes the deal was a mistake, NOC chairman Mustafa Sanalla has said in a letter to UN’s envoy to Libya Martin Kobler and to oil and diplomatic officials.

In his letter, Sanalla said it was wrong to reward Jadhran for the blockade of the ports. According to NOC’s chairman, other groups would see the deal as an encouragement to block oil operations in Libya, hoping for payout.

Sanalla also said the NOC would pull out its recognition of the Presidential Council, the leadership of the GNA.

Libya has been torn by conflict since the removal of Muammar Gaddafi five years ago. This conflict has had a severe effect on its oil industry, with warring factions blockading oilfields and ports alike. Libya, which has the largest crude oil reserves in Africa, has now become second from the bottom in terms of output among OPEC members.

For: Oil terminals reopen after reaching deal between PFG and GNA