Stability Program for Libya to launch initiative in Benghazi, Kikla, Ubari backed by UNDP and Holland 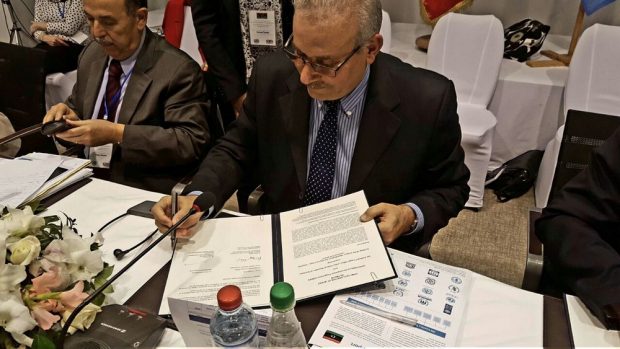 The Board of Stability Program for Libya decided to launch a swift assessment program in Benghazi, Kikla and Ubari, following the signing of an agreement by the Netherlands and UNDP that provides two million Euros for the Stability for Libya Program.

Stability Program for Libya is aimed at introducing apparent, tangible and swift improvements for the communities at local level. The program is based on rehabilitation of destroyed infrastructure due to arms conflict and which in turn would impact directly on offering of basic services.

The program may finance the rehabilitation and repairing of basic public infrastructure including hospitals, clinics, water utilities and sanitary and energy power stations according to the locally identified priorities. Stability Program for Libya is an initiative of the Government of National Accord Government, implemented by UNDP and supported by the international community.

The ambassador of the Netherlands praised the speed of the Stability Program for Libya and regional director of UNDP praised the Northlands for its important contribution to this program. The program is implemented by a board co-chaired by Dr Taher al-Jahimi and Ali Zaatari, the Deputy Special representative of the UN Secretary General and UNSMIL and the UNDP resident representative. Stability Program for Libya activities are to be realized by UNDP and the activities to be identified based on field assessment of needs.

Priorities are to be agreed at local level in consultations with the municipalities, civil society and the affected communities after which they will be approved by the board of the project. The program at the outset would be limited to specific area in the east, west and southern Libya based on the finance, and areas which were subjected to greatest damage would have the priority and that the project could be expanded to cover all Libyan areas if finance allowed.

For: Stability Program for Libya to launch initiative in Benghazi, Kikla, Ubari backed by UNDP and Holland