WHO: Libya’s health sector is devastated with half of the hospitals closed 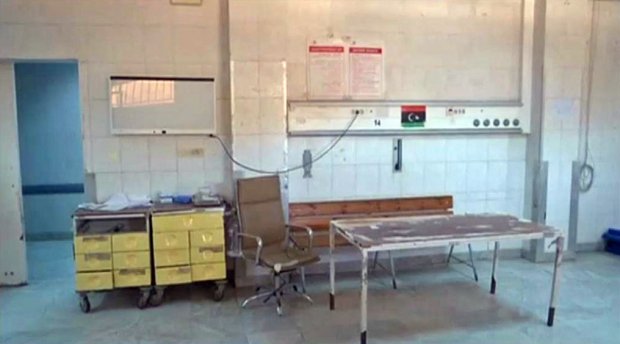 The World Health Organization says about half of Libya’s 159 hospitals are either closed or barely delivering services due to the ongoing fighting and the country’s weak economic status.

Faced with a political turmoil, the new unity government also has to deal with the mammoth task of resuscitating the country’s collapsed hospital sector, as healthcare givers are increasingly becoming more desperate.

The head of the Tripoli Medical Centre Mohammed Ehnaish, which is considered one of the biggest medical centers in North Africa, described the situation as overwhelming.

“We have a capacity of 1,200 beds and some 5,500 staff that serve the public. Our centre is now delivering only the basic minimum standard of service to the citizens,” he said.

Some 80 percent of foreign doctors and nurses, who the Libyan hospitals depended on are said to have left the country, out of fear for their lives, posing an even bigger challenge for the collapsing health sector.

For: WHO: Libya’s health sector is devastated with half of the hospitals closed