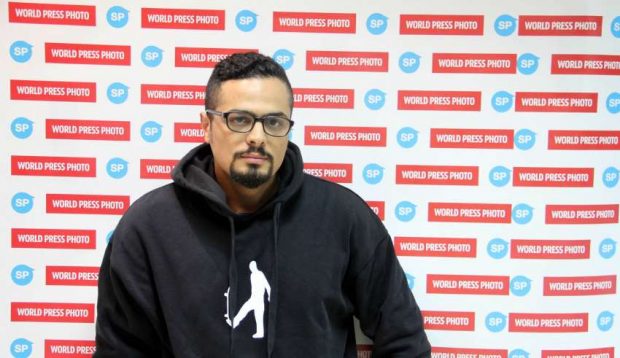 AFP’s photographer in the eastern Libyan city of Benghazi, Abdullah Doma, was released Monday after two days of detention, but his identity papers were confiscated and his situation remains highly uncertain.

Benghazi is controlled by the military authorities of Khalifa Haftar, the strongman of eastern Libya who contests the legitimacy of the Government of National Accord which is based in the capital Tripoli and is backed by the international community.

AFP management welcomed Doma’s release but called on the authorities concerned to bring an end to the harassment of the photographer.

Detained by Benghazi’s counterterrorism unit on Saturday evening while heading home, Doma was questioned about his photo coverage for AFP at a public event where young men and women had gathered at a university in the city on March 25.

The concert had been highly criticised by the Awqaf religious authorities of eastern Libya, which blasted the event as “offensive” to Islam, notably by encouraging mixing between men and women.

The photographer was released “provisionally” without charge on the night of Sunday to Monday under pressure from other security services in Benghazi.

Doma presented himself at anti-terror headquarters on Monday, where he was forced to sign documents he had not been able to read beforehand.

He was able to leave the building thanks to an intervention by Benghazi special forces.

But the photographer has not been given back his identity documents, and a security source said he remained under threat of re-arrest.

A senior official from the eastern authorities told AFP on Monday that orders had been given at the highest level for all proceedings against Doma to be dropped.

But some members of the security services with Salafist leanings appear to be “out of control”, the official said.

Doma had already been arrested last Tuesday evening before being freed some 24 hours later.

For: AFP photographer in Libya freed after two detention days in Benghazi