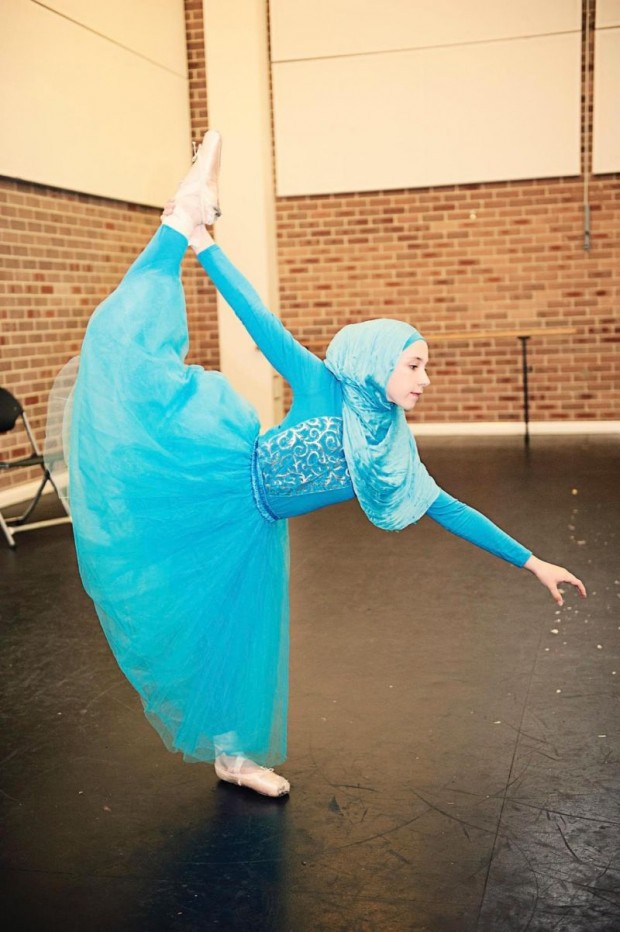 With a dream of becoming the first hijab-wearing Muslim ballerina, 14-year-old Stephanie Kurlow recently launched a fundraising page in the hopes of pulling together more than $7,000 so she can get her certification to open a performing arts program in her native Sydney because, she has said, “I don’t want certain people who are discriminatory to hold anyone back from achieving their dreams and being unique.”

Her plans, as detailed on her LaunchGood.com fundraiser page, are as passionate as her pirouettes. “I plan on bringing the world together by becoming the very first Muslim ballerina so that I can inspire so many other people to believe in themselves and pursue their dreams,” Kurlow wrote. “My dream is to train in a full-time ballet school catered for aspiring young girls who want to train 30-45 hours a week so they can become a professional ballerina.”

The mission is so important to her, the teen told the New York Daily NewsTuesday because she wants “to share the beauty of the amazing ballet art form and inspire other young people who maybe don’t feel so confident to follow their dreams due to the outfits they wear, religious beliefs or lack of opportunities.”

Religion briefly came between her and her beloved ballet in 2010 when she converted to Islam with her two brothers, Australian father, and Russian-born mother. Before that she had been dancing since age 2 and performing with the Riverside Theatre. “Everything made sense for me in Islam,” Kurlow said. “I like to be modest and I like to keep my dignity. I like to know the purpose of my life. I like to live a healthy lifestyle and avoid harmful things.” But because some strict Muslims forbid dancing, and she struggled with reconciling her tutu with her hijab, Kurlow put away her slippers.

“We thought there were no facilitations or services targeted at Muslim girls,” she said. Her supportive mother, however, started a dance program — the Australian Nasheed and Arts Academy — two years later that changed all that. “When there was nowhere for me to study ballet due to my outfit, [my mom] opened a performing arts academy that taught ballet, martial arts and aboriginal arts classes for girls like me, where no one questions children why they dress or look a certain way,” she said.

For: Against all traditions, Muslim teenager becomes first Hijab-wearing ballerina