Al-Serraj: All Libyans are invited to lay aside conflicts and help form unified Libya 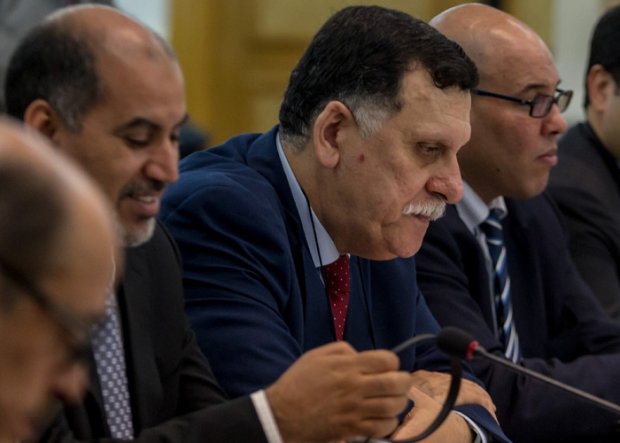 Fayez Al-Serraj, the Head of the Presidential Council of the UN-backed Government of National Accord (GNA) urged on Sunday his fellow citizens to close ranks to overcome political divisions and disagreements.

Prime Minister-designate of the GNA, Fayez al-Serraj, spoke to reporters after a day of UNSMIL-hosted talks focused on creating a “unified” army in Libya, saying: “We call again on all the citizens of the country who have not yet joined us to place the nation’s interests before any other consideration,”

Martin Kobler, the UN delegate to Libya said Saturday, when the Tunisia meeting first kicked off, that all Libya’s problems today are tied up to the security issue, however; speaking after the talks in the Tunisian capital, Kobler said the goal of the meeting was to create “a unified Libyan army under the command of the Presidential Council”.

Libya’s UN-backed Presidential council would meet on Monday and Tuesday with “influential security parties” for further talks on a unified army, he said, without specifying who these parties would be.

For: Al-Serraj: All Libyans are invited to lay aside conflicts and help form unified Libya