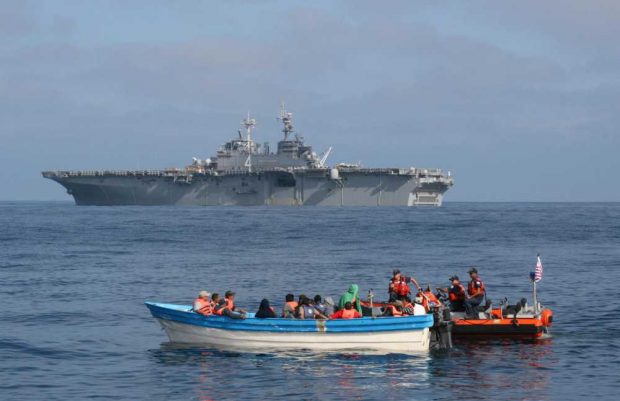 Britain proposed Monday to the UN Security Council an extension plan to be applied to the UNSMIL so that it includes a sea mission to crackdown human smugglers, which Britain says will also help intercept weapons smugglers off the Libyan coast.

The High Representative of the European Union for Foreign Affairs and Security Policy and Vice-President of the European Commission, Federica Mogherini, urged as well the UNSC to adopt a resolution that mandates Sofia sea operation to apply the UN arms ban in seas off the Libyan shores.

“I’m hopeful that the UNSC is going to do the right thing once again and help us make the Mediterranean a safer place for all.” Mogherini indicated.

However, Russia expressed concern about the idea, saying that it doesn’t object to allowing EU warships to check and inspect the sailing ships in search for weapons, but “We must be very careful.” Said the Russian ambassador at the UN.

It is worth mentioning that the UNSC allowed last October an EU sea mission (Sofia) to be positioned off Libyan shores to intercept the boats run by human smugglers.

For: Britain proposes extending UN mandate to include warships to crack down human smugglers off Libyan shores