The Eastern Governor of Libya appointed by the House of Representatives, Abdelrazik Al-Nadori, issued a new travel ban after scraping the under-60 women ban on Wednesday.

The new ban disallows Libyans – men and women – from traveling abroad without prior security permits that they should obtain from intelligence and military departments in the east.

The ban is this time on men and women between 18 and 45 years old, according to the statement issued by Al-Nadori on Thursday.

He said that ban is prompted by national security issues as the men and women in those ages would pose a threat to Libya when they travel unguarded.

“We fear those citizens would join terrorist groups, we need to protect them when they travel abroad.” Al-Nadori’s ban says.

Earlier this week, Al-Nadori issues a travel ban on women under 60 and allowed them to travel only with male escorts.

The decision sparked anger and criticism and led Al-Nadori to scrap it before he had issued a new one today to ban all citizens from traveling without security and intelligence permission. 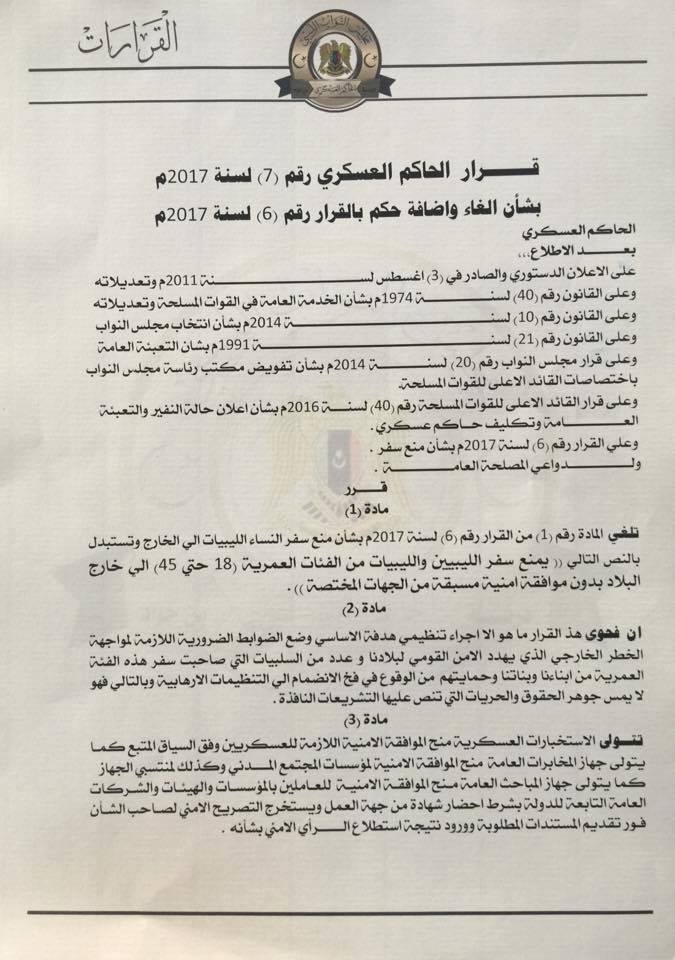 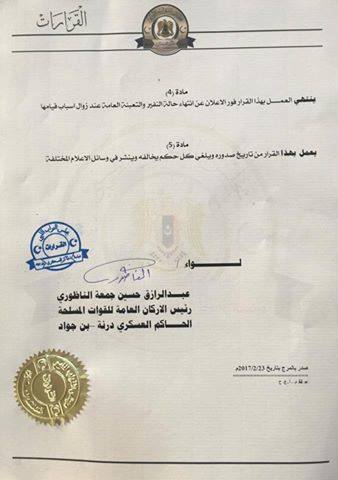