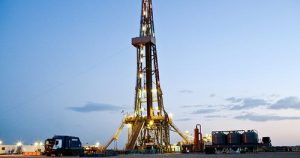 Libya, struggling to revive its energy industry after five years of armed conflict, restarted production at an eastern oil field and was poised to export crude from the port of Zueitina for the first time since November.

Germany’s Wintershall AG began pumping at Concession 96 in the As Sarah field on Sept. 16 and is producing 35,000 barrels a day, a company official said Wednesday in an e-mailed response to questions. Wintershall restarted production at the request of Libya’s National Oil Corp. and will send oil from the field to Zueitina for export, the official said.

The tanker Ionic Anassa is due to arrive at Zueitina on Oct. 3, according to a signal from the ship. It would be the first vessel to load crude there since force majeure restrictions were lifted earlier this month.

Libya, with Africa’s largest crude reserves, produced 260,000 barrels a day last month, data compiled by Bloomberg show. It has gradually boosted output and is now pumping 485,000 barrels a day, National Oil Corp. Chairman Mustafa Sanalla said in an interview in Algiers on Wednesday as OPEC members prepared to meet in the Algerian capital. The country produced about 1.6 million barrels a day of oil before the 2011 uprising that ousted longtime leader Moammar Al Qaddafi, but output has withered as rival militias vied to control energy facilities.