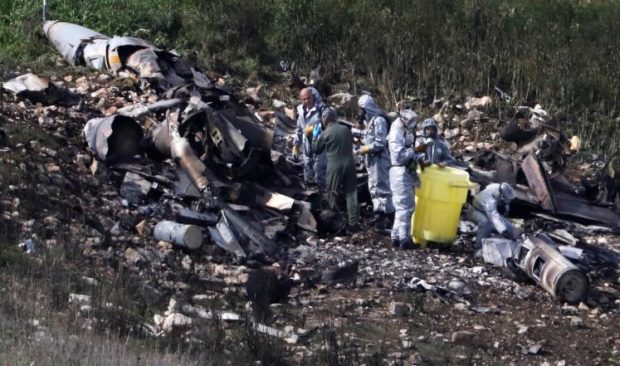 An Israeli F-16 fighter jet has been shot down by Syrian military while targeting what it called Iranian sites responsible for launching a drone into occupied Golan Heights.

The Israeli military said on Saturday “a combat helicopter successfully intercepted an Iranian UAV that was launched from Syria and infiltrated Israel”.

“Israel has carried out dozens of attacks over the past one year but this is for the first time a Syrian military has shot down an Israeli plane,” she said.

The views expressed in Op-Ed pieces are those of the author and do not purport to reflect the opinions or views of Libyan Express.
How to submit an Op-Ed: Libyan Express accepts opinion articles on a wide range of topics. Submissions may be sent to oped@libyanexpress.com. Please include ‘Op-Ed’ in the subject line.
IranIsraelSyria
Share
Submit a Correction
Sign up for our Newsletter.

Iran expresses support for the Government of National Accord