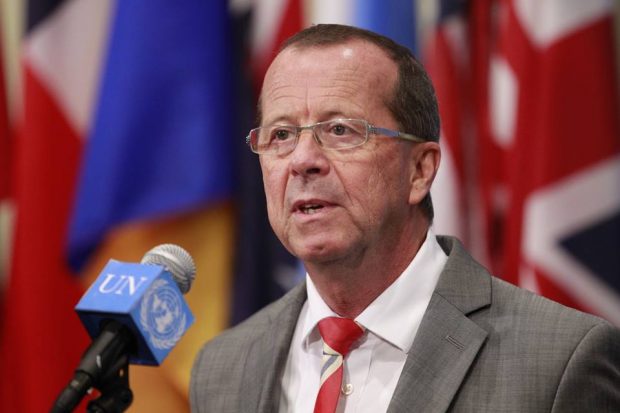 The UN delegate to Libya, Martin Kobler, met Fayez Al-Serraj, the Head of the Presidential Council and his deputy, Ali Al-Gotrani, in Cairo to discuss the obstacles facing the accord among Libyans.

Kobler tweeted that he discussed with Serraj the latest security and economic situations in Libya before the upcoming meeting of the UN Security Council, which will mainly talk about Libya’s crisis.

He also tweeted that he met the boycotting deputy of the PC, Ali Al-Gotrani, and other members from the HoR, saying that the meeting was honest and discussed the southern initiative “National Intigration” as well as the issue of the Libyan Army.

For: Kobler meets Al-Serraj and Al-Gotrani in Cairo