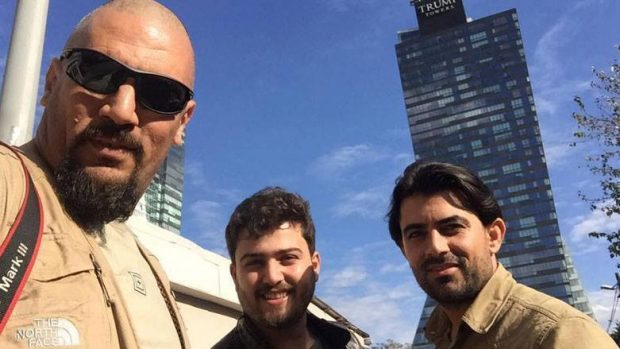 Kurdistan24 reported that it has remained in close contact with the Iraqi Foreign Ministry and Libyan Embassy in Baghdad to obtain essential information on the network’s crew in Libya, who had lost connection with the TV headquarters in the past 24 hours.

The Kurdish crew traveled to Libya to create another documentary series for the “Reporter without Border” program, which is about the current conflict in the country. Kurdistan24 pointed out.

“It is the fourth installment of the program after the first segment was created in Syria’s Aleppo, the second in Iraq’s Tikrit, and the third one in Batnaya town, southeastern Mosul in northern Iraq.” The TV added on its website on Saturday.

The TV website wrote that there are alleged reports that the crew had been kidnapped by a militant group in Libya, however, it added that it cannot confirm the rumors at this stage, and the cause of losing connection with the crewmembers is still unknown.

For: Kurdistan24 Kurdish journalist and cameramen missing in Libya